Edsel Ford II is the great-grandson of Henry Ford and the son of Henry Ford II. He is currently a member of the board of directors of Ford Motor Company. He is married and has four children. 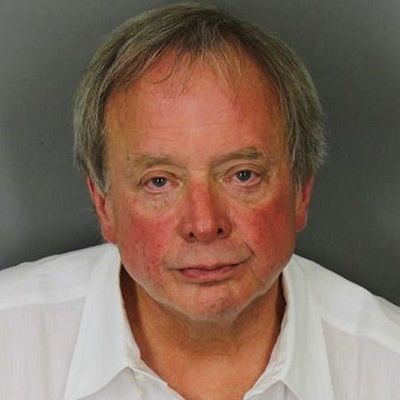 Edsel Ford II is a married man. He is married to Cynthia Layne Neskow in the year 1974. They have been together since then.

Together they are the parent of four children. Their children are Henry Ford III, Calvin Ford, Stewart Ford, and Albert Ford.

Their son Henry Ford III works for the Ford Motor Company in Dearborn, Michigan. He serves on the Board of Trustees of the Ford Foundation. Similarly, another son Calvin Ford works for Pentastar Aviation in Waterford, Michigan.

Who is Edsel Ford II?

Edsel Bryant Ford II known as Edsel Ford II is a member of the board of directors of the Ford Motor Company. He serves on the finance committee and sustainability and innovation committee.

Edsel was born on 27th December 1948 in Detroit, Michigan, United States. He was born to the former President of the Ford Motor Company Henry Ford II and mother Anne McDonnell Ford Johnson.

As mentioned earlier, he is the great-grandson of Henry Ford who is the founder of the Ford Motor Company. Similarly, his grandfather is Edsel B. Ford who was the company president from the year 1919 to 1943.

His father was the company president from the year 1945 to 1960. His family has been in the business world for years which was advantageous to all the other family members. Furthermore, born in Michigan he belongs to American nationality and Mixed(Irish, Belgian) ethnicity.

He educated at the Eaglebrook School in Deerfield, Massachusetts. In the year 1968, he graduated from The Gunnery, in Washington, CT before entering Babson College. From Babson, he graduated with a bachelor’s degree in business administration.

Likewise, in the year 1981, he completed the Program for Management at the Havard Business School.

His career in the Ford Motor Company in January 1974. Between the years 1978 to 1980, he ran sales and marketing at Ford Australia.

He is the board member of Ford Motor Company and was named as the President and chief operating officer of Ford Motor Credit Company in May 1991. On 9th December 1993, he was elected as the vice president of the company.

Similarly, he is the owner and chairman of the Pentastar Aviation. It is an aviation service provider that is headquartered at the Oakland County International Airport in suburban Detroit. Also, he was the former chairman of the Detroit Branch of the Chicago Federal Reserve Bank.

Being a successful businessman, Edsel is active in charitable organizations as well. He has worked for The Henry Ford, The Empowerment Plan, and Race Against Dementia. Similarly, he is the former chairman of the National Advisory Board of the Salvation Army, former Trustee of The Skillman Foundation, and many others.

In the year 2013, he was awarded the Keith Crain/Automotive News Lifetime Achievement Award. Similarly, in May 2019 he won the NASCAR Hall of Fame’s Landmark Award.

The former President of the Ford has an estimated net worth of $500 million. It is known that based on a market cap of $59.83 billion, the Ford family holds $1.2 billion worth of common stock.

In the year 2001, Edsel purchased Pentastar Aviation. Likewise, his great-grandfather was one of the richest people of all time with a net worth of $200 billion.

In the year 2016, there was an incident due to which Edsel was arrested because he had physically abused his wife while drunk. His wife Cynthia Ford made a call to 911. According to the call recording, Cynthia complained about Edsel abusing her. When she was asked how he abused her she said that he pressed his arm because he was tripping.

The reason was that he was mad at her. However, the Grosse Pointe Farms, Michigan city prosecutor declined the charge with domestic violence for the incident at their Lakeshore Drive home.

Edsel Ford II has salt and pepper hair and his eye color is brown. He has a decent weight and body length.