Singer-actor Eduardo Capetillo is married and a father of five. 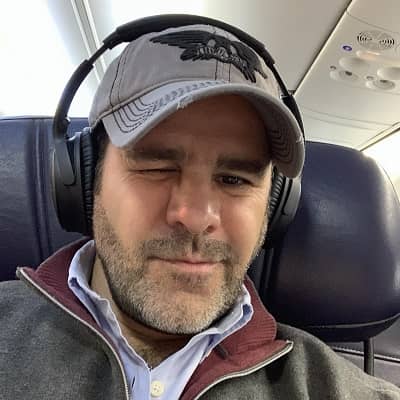 Capetillo is married to Bibi Gaytán, the actress and singer on June 24, 1994. Bibi is his girlfriend from the Timbirich years.

Who is Eduardo Capetillo?

Eduardo Capetillo is well known as a TV actor. Mexican singer and an actor who appeared in several telenovelas and sold more than a million copies of his soundtrack album for the soap opera, Alcanzar Una Estrella, in 1991.

He’s one of the most famous TV stars. He was ranked on the list of famous people who were born on April 13, 1970. He is one of the richest TV stars born in Mexico.

Eduardo Capetillo was born in Mexico City, Mexico, on Monday, April 13, 1970, and is 50 years old. He belongs to the Capetillo tribe, who have a long history of being a bullfighter. Maria del Carmen Vazquez Alcaide, his mom, is Spanish. His father, Manuel Capetillo, is Mexican.

He also had two sons: Manuel and Guillermo. Both of them are now bullfighters and Guillermo also acts as an actor from time to time. In the 1980s, he appeared in the Spanish version of Grease and Vaselin. He hates bullfighting even though his father and half-brothers are bullfighters.

Regarding his educational history is not available.

Still very young, he took part in some training courses with actress Martha Zabaleta and some jazz courses at the Televisa Training Centre. He got his start by winning the Juguemos a Cantar competition, where he won second place with the song Mi Grupo toca Rock, which was later released by Orfeón Records. Spanish edition of Grease, Vaselina, inwhich he took part and recorded his first television show, Martín Garatuza, in 1983.

Eduardo joined Timbiriche in 1986, replacing Benny Ibarra. Success followed with the Rock Concerts, the Timbirich VI album, and then more hits with the songs Timbiriche VII, Timbiriche VIII, and Timbiriche lX. Many of his solos that became hits, such as Todo Cambia, No seas tan cruel, Con todos menos Conmigo.
He then visited Mexico and some Latin American countries.

He left the band in1989 and began his career as a solo .he sold more than a million copies of the album of five tracks, in 1991, the soundtrack of the Alcanzar Una Estrella telenovela.

The same year he released his album, Dame Una Noche. In 1992, thanks to another television program, Baila Conmigo, and to his second album, I’m Here, since he returned as an actor and singer.

He launched a new album, Piel Ajena in late (1995), and a career in which the format is mixed actor-singer in telenovelas, This confirms him in the Latin world as an idol With titles such as Thalia, along with Marimar, which has appeared in more than 150 countries, or Canción De Amor, Camila or El Secreto, in which he and YadhiraCarrillo are the only Mexican actors in the Spanish cast.

He returned to record a new album with Horus-Muxxic, recorded in different studios in Mexico and Spain, directed and produced by his brother-in-law Chacho Gaytán. The album contains the hit song “El Secreto” the main theme of the telenovela, written, arranged, and recorded by Federico Vaona in 2001-2002. He also played one of the songs of the telenovela Bajo la misma piel in 2003. He starred in Amy, la niña de la mochila azúl, in 2004.

His most recent TV show is Peregrina, a film about an 18-year-old circus girl who discovers her biological family.

Up to date he has not won any awards or nominated for his works in the music industry or Tv industry.

His net worth as of 2020 is estimated at $1 Million – $5 Million (Approx.) Eduardo Capetillo‘s source of wealth comes from being a tv actor.

During his long journey as a singer and actor, he kept his image very clean. Therefore he didn’t involve in any kind of controversy and scandals.

He stands 5 ft 9 inches tall, his weight is 50.8 kg approximately, he has black hair and as well as black eyes too. His shoe size is 12 (US).other body measurements of his are not available.

He has gained 815k followers on Instagram, on Twitter he has 36k followers, and on Facebook, he has very few fans following only 1441k followers following his page.

His best book is The Poems Of Leopardi

He loves the color Emerald

Michael Caine is his favorite actor

Linda Cardellini is his favorite actress