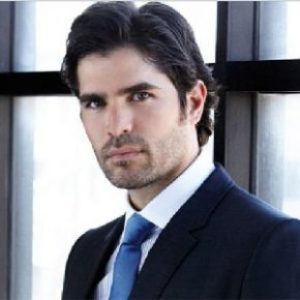 Who is Eduardo Verastegui?

Eduardo Versategui is a Mexican actor, model, and singer who is immensely popular for being a member of a band ‘Kairo’ and also for his films like ‘Chasing Papi’, ‘Bella’ and ‘Little Boy’ which was produced by him.

Eduardo Verastegui was born to a Mexican sugarcane farmer in a village of Northern Mexico. He was born on May 21, 1974, and was raised in a Catholic family. From the very early age of life, he had a sheer interest in pursuing a career as a singer. So, for the sake of his fostering interest in singing, he moved to Mexico City to know the ins and outs of the Entertainment World. Currently, he is a well-known singer who has already gone for a World Tour roaming 12 countries and was broadcasted in 19 countries. Talking about the educational background of Eduardo, there is no information about the educational institutions and subjects in which he majored.

Eduardo Verastegui initiated his career as a singer and a musician in the musical band ‘Kairo’ but, later he left the group and established himself as a solo musical singer. When he left his hometown and moved to Mexico City for pursuing a career in Entertainment world, he had a responsibility to make himself a celebrity of immense stardom. Just after 12 years, he was on his World Tour with the ‘Kairo’ band. During 2002, after his success in the singing field, he decided to take a step towards ‘Hollywood’. He played in the films like ‘Little Boy’, ‘Cristiada’, ‘Bella’, ‘Chasing Papi’, etc. He was a model with his signings with some of the multinational companies and was awarded as the ’50 Most Beautiful People’. He also appeared in the music video of Jennifer Lopez ‘Ain’t it funny’ and received significant acclaims from fans and critics. Thus, with the help of his talents and appearances, he is now of net worth $245 million with a handsome amount of money as his salary.

He was said to be dating Ricky Martin and believed to be gay. It was also said that Eduardo had donated sperms to Ricky Martin to get children via surrogacy. Eduardo had dismissed these rumors as jokes. Eduardo also has said that he is not in favor of same-sex alliances and marriages.

His height is 6 feet and 1 inch. His weight is not known but he is of thin build. He has dark brown hair and brown eyes.