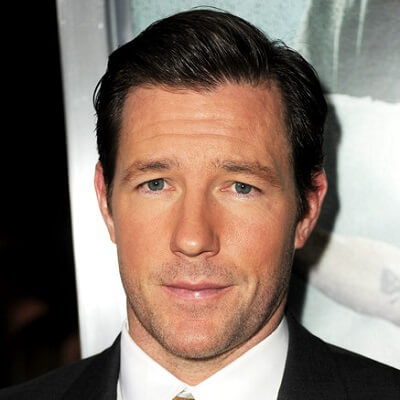 Edward Burns is a married man. He is married to Christy Turlington. His wife is a Salvadoran-American model, philanthropist, and filmmaker. The couple met in 2000 at a Hamptons party and started dating. By the end of the year, they were engaged.

In 2002, just months after buying a New York property together, the couple broke up. However, after some months, the couple reunited. They exchanged wedding vows on June 3, 2003. From their marriage, the couple has two children, Grace (born 2003) and Finn (born 2006). Christy’s sister Kelly is married to Burn’s brother Brian.

Previously, he has been in relationships with Heather Graham, Lauren Holly, etc.

Who is Edward Burns?

Edward Burns was born as Edward Fitzgerald Burns in Woodside, Queens, New York, the United States of America on January 29, 1968. As of 2020, his age is 52. She was born to Molly McKenna (mother) and Edward J Burns (father). His mother was a federal agency manager whereas his father worked as a public relations spokesman and a police officer.

Burns has two siblings and is the middle child of his parents. He has one elder sister named Mary and a younger brother named Brian. His brother is also a screenwriter and producer.

He spent his childhood days in Valley Stream, New York, on Long Island. His ethnicity is Irish, Swedish.

Talking about his educational background, Edward joined Chaminade High School. However, for some reasons he transferred to Hewlett High School. Following his graduation, Burns attended SUNY Oneonta, University at Albany, and Hunter College.

After graduating from college, he secured a job at Entertainment Tonight in 1993 through his father’s connections and worked as a ‘gofer’. Burns financed, directed, produced, and starred in his first film, ‘The Brothers McMullen’ in his spare time. He also directed, wrote, and starred in the drama, ‘She’s The One’ starring Jennifer Aniston, Cameron Diaz, and Amanda Peet in addition to Sidewalks of New York in 2001.

In 1998, he had an important role in Steven Spielberg’s world war epic, ‘Saving Private Ryan’ in 1998. It turned out to be one of the greatest movies of all time. He also landed roles in Life or Something Like It and Confidence. In 2004, she wrote, directed, and starred in Looking for Kitty (2004) with a budget of $200k.

On November 20, 20007, his film, ‘Purple Violets’ premiered exclusively on iTunes. He then wrote Nice Guy Johnny and shot it for around $25,000 with a small crew. The movie premiered at the Tribeca Film Festival in 2010.

The following year, he wrote a movie called Newlyweds that he also directed and starred in. It was shot on the Canon 5D for $9000 in 12 days. The movie premiered at the Tribeca Film Festival as the closing night film

Edward Burns now owns two production companies, one with his brother Brian Burns, “Irish Twins” and the other called “Marlboro Road Gang Films” which he named for the road on Long Island that he grew up on.

Burns stands at a height of 6 feet 1 inch. He weighs around 75 kg. He has brown hair and blue eyes.

Edward Burns has an estimated net worth of around $40 million. There is no information about his annual salary. In 2000, he purchased the Manhattan loft on N. Moore Street of the late Kennedy, Jr, John F. for $2 million.

Edward has not been involved in any controversies. He has been able to keep himself away from any type of controversy and scandal. So far, he has not done anything controversial in his career. Similarly, there are no rumors about him of any kind.

Edward Burns is absent from social media sites. He is not active on Facebook, Instagram, and Twitter. He likes to keep his personal life private and thus chosen to stay away from the social media world.

You may also like to read the Bio, Career, Body Measurements, Net Worth, Social Media, Relationships, and more about Jennifer Aniston, Cameron Diaz, Amanda Peet, etc.