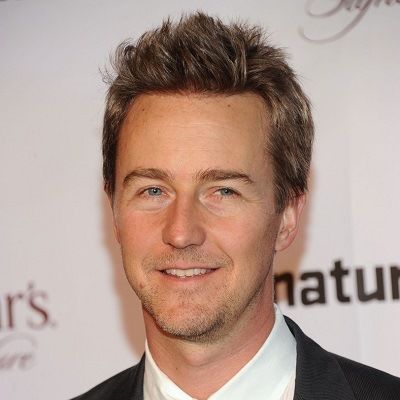 I don't smoke and I don't want to smoke. I am not a fan of gratuitous smoking in films

Life, like poker has an element of risk. It shouldn't be avoided. It should be faced

The more you can create that magic bubble, that suspension of disbelief, for a while, the better.

What is the relationship of Edward Norton?

Edward Norton started dating musician Courtney Love. They were also engaged following their romantic relationship. Whereas, Edward was the one who helped Courtney deal with her depression due to her then husband’s death Kurt Cobain.

But, this relationship also saw an end, and the engagement was called off in 1999.

Who is Edward Norton?

Edward Norton is an American actor and filmmaker known for his roles in movies, such as ‘Primal Fear’, ‘The Illusionist,’ and ‘The Incredible Hulk’.

Likely, he also directed the American romantic comedy film ‘Keeping the Faith’. He also made his film debut with an important role in the crime thriller film ‘Primal Fear’, where he played an altar boy charged with murdering an archbishop.

Edward was born in Boston, Massachusetts, the United States on August 18, 1969. His birth name is Edward Harrison Norton. His father’s name was Edward Mower Norton, Jr. who had served in Vietnam as a marine lieutenant, and his mother’s name was Lydia Robinson Norton an English teacher.

Whereas, at age five, Norton saw the musical Cinderella with his parents at the Columbia Center for Theatrical Arts (CCTA), which ignited his interest in the theater. During his pre-teen years, he enjoyed watching movies with his father but reflected that he was fascinated with cinematography rather than acting.

In which school did Edward Norton attend?

Talking about his profession, Edward Norton made his film debut with an important role in the 1996 crime thriller film ‘Primal Fear’. Norton was next seen in Woody Allen’s musical comedy film ‘Everyone Says I Love You. Though the film was well-received by critics, it was a commercial failure. He was then seen in the films ‘The People vs Larry Flint’ and ‘Rounders’.

The former was a commercial failure while the latter was a success. He played the lead role in the 1998 crime drama film ‘American History X’. In the year 1999, he appeared alongside Brad Pitt in David Fincher’s ‘Fight Club’. The film was a commercial success.

Though it was initially criticized by critics, it went on to receive a cult status. In the following year, he was seen making his directorial debut with the romantic comedy ‘Keeping the Faith’, where he also played a supporting role. The film was a commercial success.

Over the next few years, he appeared in many films, in supporting roles as well as main roles. These include ‘Red Dragon’ (2002), ‘The Kingdom of Heaven (2005), ‘The Illusionist’ (2006), and ‘The Painted Veil’ (2006).
Norton came to international popularity for his portrayal of the Marvel Superhero The Hulk’ and his alter ego Bruce Banner in the superhero film ‘The Incredible Hulk’. The film was a success commercially and received mostly favorable reviews.

Edward Norton has won several awards for his works. He won Best Performance by an Actor in a Supporting Role in a Motion Picture for Primal Fear (1996) at Golden Globe Award in 1997, he won Best Actor in a Leading Role for  American History X (1998) in 1996.

Similarly, he won COFCA Award for Best Ensemble for The Grand Budapest Hotel (2014), and Best Ensemble for Moonrise Kingdom (2012). Furthermore, he won Best International Actor for Fight Club (1999) at Jupiter Award in 1999.

How much is the net worth of Edward Norton?

There was a rumor that Norton dated Drew Barrymore, Cameron Diaz, and Evan Rachel Wood. Currently, he is far from rumors and controversies.

Edward Norton has a height of 6 feet and he weighs 79Kg. Additionally, his chest, waist, and biceps sizes are 40- 35-14.5 inches respectively. His hair color is dark brown and his eyes color is blue.

Also, read the affair, salary, net worth, controversy, and the bio of Wes Brown, Daniel Henney, and Richard Dreyfuss.