Ego Nwodim is an American actress and comedian.

Ego Nwodim’s relationship status is possibly single. She has not shared the details of her affair or boyfriend. 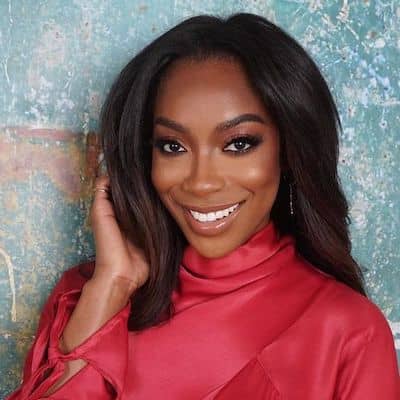 Ego Nwodim is an American actress and comedian. The public noticed her for appearing in the 44th season of Saturday Night Live (SNL).

She was born Egobunma Kelechi Nwodim on 10 March 1988 in Baltimore, Maryland, United States. The name of her mother and her father name is cloaked.

Ego’s ancestry is Nigerian and talking about her academics, she attended Eastern Technical High School and the University of Southern California.

She has a degree in biology. She also took classes at classes at the Upright Citizens Brigade Theatre (UCB).

Ego Nwodim is popular for her acting and comedic timing as she has appeared in several projects. Her first appearance was in 2012 with Getting Help.

She then appeared in The Unwritten Rules, Almost Asian, Mother Mary, Broken, etc. Her popularity increased when she appeared on SNL. She joined the cast on its S44 in 2018.

Ego also appeared in movies such as The Broken Hearts Gallery, It’s a Party, Magic Camp, I Will Find You, Feminist Campfire Stories, and more.

Her other notable TV acting credits are,

As per the sources, currently, the SNL casts receive an amount of $8k per episode. Some of the top actress’s financial worth are,

This SNL actress is keeping herself away from rumors and is also not surrounded by any desperate scandals.

Regarding Ego Nwodim’s body features, her height is 5 ft 7 inches and her body weight is 58 kg. Moreover, her eyes are dark brown and she also has black hair.

Ego is available on social sites. She has Instagram and Twitter accounts with more than 123k and 61k followers respectively.