Egor is not dating anyone right now, but he is quite known for his controversial relationship with Lindsay Lohan.

The couple started dating in 2015 and moved in together in March 2016. Their relationship was quite fast and also got engaged in 2016 before having a huge dispute.

After separating from Lohan, Egor is having a low profile and is not in any kind of relationship. 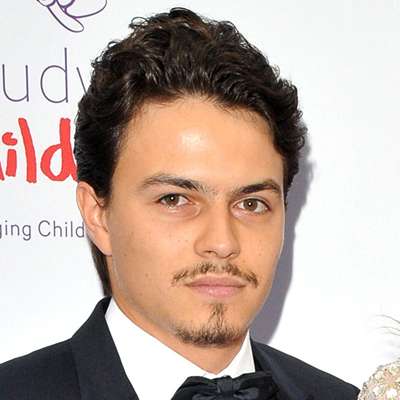 Egor Tarabasov is a Russian businessman.

He is a millionaire entrepreneur and a real estate developer and owns the agency Home House Estates.

The relationship between Egor and American actress Lindsay Lohan, made him known around the world.

He is maintaining a low profile since the controversial relationship.

His father is a Multi-millionaire and both of his parents are involved in the business lineup owning several companies, including building material stores and rail freight.

Tarabasov started his studies and completed high school at the Anglo-American School of Moscow.

Then he moved to London for his higher studies and graduated from the Cass Business School at the City University London.

After graduating, Egor used the skills and knowledge learned from his studies and family business and opened his own private real estate firm called Home House Estates in London.

With this success in the competitive circuit, A prestigious riding academy in Paris gave him the role of Executive Director, and he also gave lessons to children of the wealthy.

He has a great interest in horse riding and also is a highly skilled rider himself. Currently, his priority is on his business.

Egor was successful in his early life, he achieved a top position and owned a business company at a young age. He has not won any awards yet.

Egor became successful at a very young age in the lineup of business and also is the owner of a real estate company.

He has an estimated current net worth of $4 million in 2022.

The relationship between Egor and Lindsay Lohan is very controversial. The couple got engaged and were eager to be married.

But the couple had some disputes over their relationship and it cleared after a video against Egor was released for physically abusing Lohan on the beach.

And there also are some reports against him, being more dominant and physically abusive to Lohan in her house and other places.

Lohan also stated that Tarabasov was ‘flat-broke’ and did not contribute anything to the relationship financially.

Whereas Egor has denied this and stated that these are all false reports.

On the other hand, his parents are against Lohan for her relationship with Egor because of her controversial off-screen behavior.

He has brown eyes with dark brown-black hair.

Egor is private about his personal life and is not really involved in social media.

Hence, we were not able to find any of his social accounts.

Lindsay Lohan was seeing someone but they broke up recently! She is single again!