Egypt Criss is a Reality TV star, singer, and model. She is engaged.

As of now, Egypt Criss is engaged to a fellow reality star, Sam Mattick. Sam is also a rapper by a profession.

They first met during the shoot of the show, Growing Up Hip Hop. Later, they started dating each other. Moving forward, Sam proposed her in June 2019. As of now, the couple is happy with each other and often shares their pictures on social media sites.

The lovebirds will be getting married in December 2020. 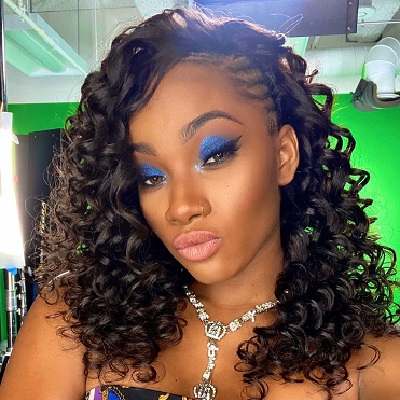 Who is Egypt Criss?

Egypt Criss is a Reality TV star, singer, and model. She is renowned for the reality TV series, Growing Up Hip Hop.

She is also the founder of the jewelry brand, Be.See.Own.

Egypt Criss was born on the 2nd of September 1998 in the United States. Her birth name is Egypt Jahnari Criss.

Her father, Anthony Criss, and mother Sandra Denton are rappers by profession. Anthony is popular with his stage name, Treach. Also, Sandra’s stage name is Pepa.

She is of British-Scottish-Germanic ethnicity and has a half-brother named Tyran Moore.

Her parents were married on the 24th of July 1999. However, they got separated from divorce in 2001.

As of now, Treach is married to Cicely Evans. They got married on the 8th of September 2019. From her father’s side, she has two half-siblings. Also, she has a half-brother, Tyran Moore from her mother’s side.

Egypt Criss first came in the limelight when she appeared in the WE tv’s TV series, Growing Up Hip Hop. The show first appeared on the channel on the 7th of January 2016 with 0.84 million viewers.

Altogether, she made her appearance in 51 episodes. To date, he appeared in 5 seasons as the main cast. Besides that, her parents also appeared as a supporting character in a few episodes. Also, she has featured in The Real too in a single episode.

Apart from obtaining fame as a TV personality, she has also released songs in 2018. Some of her songs include 2018- Run, Good Man, Our Time, and Million More. Also, she is active as a model too.

Besides that, she also makes it through her jewelry-based business venture too.

As of now, she has not been through any sort of controversy that created headlines in the media. Similar goes with the rumors too.

However, it is not true when comes to her parents as her mother accused her father of abuse her. However, her father denied the statement.

Egypt Criss has black eyes with black hair. Her height is 5 feet 8 inches and a weight of 78kg.