Athlete Ehiku Rademacher is married and a mother of three.

Ehiku Rademacher is living a blissful conjugal life. She is married to an Australian actor, Ingo Rademacher.

On October 3, 2009, the beautiful couple tied the wedding knot but they already had a son before their marriage.

Similarly, the couple welcomed their daughter in June 2021. 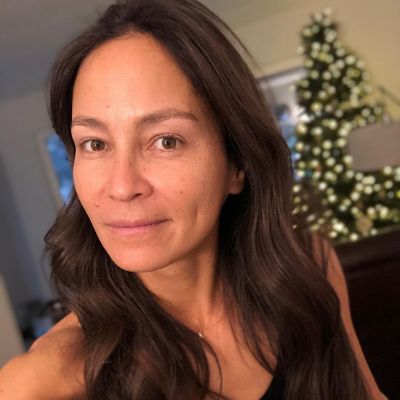 Ehiku Rademacher is an entrepreneur, athlete, and celebrity wife. She is best recognized as the spouse of Australian actor, Ingo Rademacher.

She hasn’t disclosed her parent’s identity in the media. However, She has a sister named Kapua. At the age of 17, she moved to the Island of Oahu where she attended Pearl City High School.

She holds dual citizenship of German and Australian whereas her ethnicity is unknown at the moment.

After graduation, Ehiku moved to the North Shore to pursue her career in surfing. She is an accomplished canoe paddler, surfer, and stand-up Paddle racer. In 2012, she established an Activewear company named Majiku Activewear Hawaii along with her husband, Ingo. In 2015, they opened their first brick and mortar in their local town of Haleiwa.

Ehiku might have accumulated an impressive amount of wealth throughout her successful career. However, she hasn’t disclosed her precise net worth, salary, and other earnings in the media. Talking about her husband’s income, Ingo has an estimated net worth of around $2 million as of 2021. Presently, Ingo is featuring in the longest-running show, General Hospital in a lead role as Jax aired on ABC.

Ehiku stays miles away from such rumors and controversial matters that could hamper her personal and professional life.

As an athlete, Ehiku has a fit and healthy body physique. She stands at the height of 5 feet 9 inches tall and her weight is about 57 kg.

Likewise, she has a brown pair of eyes and as well brown hair color.