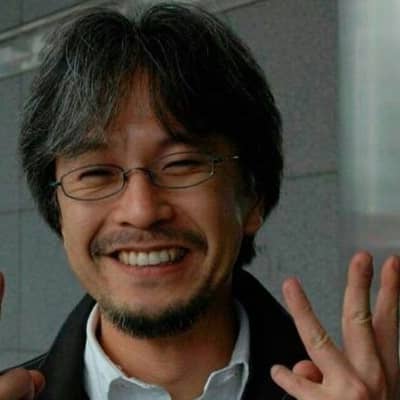 Eiichiro Oda is happily married to Young Chiaki Inaba who is an actress and former Japanese Cosplayer model. The couple first met in 2002 at the Shonen Jump Fiesta where Chiaki played the role of Nami in the stage performance.

Who is Eiichiro Oda?

Eiichiro Oda is a Japanese professional Manga artist. He is better known as the creator of the series ‘One Piece’ (1997-present).

Eiichiro Oda was born on January 1, 1975, in Kumamoto City, Japan. As of 2021, he is 46 years old. He holds a Japanese nationality and his ethnicity is Asian. His Zodiac sign is Capricorn. Oda’s nickname is Odacchi named by his friends at a young age.

Eiichiro’s father was a salaryman who oil-painted as a hobby and his mother was an ordinary housewife. He has at least one sibling, an elder sister whom he has mentioned in his SBS columns. However, their names are unknown.

As a child, Eiichiro watches a European-coproduces anime animated series, Vicky the Viking, which inspired him to draw pirates. He stated that at age four he wanted to become a manga artist in order to avoid having to get a “real job”. His biggest influences are Akira Toriyama and his series Dragon Ball.

Eiichiro started his career at the age of 17, he submitted his work Wanted! which won several awards including second place in the coveted Tezuka Award. At the age of 19, he began working as an assistant to Nobuhiro Watsuki on Rurouni Kenshin.

Oda drew two pirate-themed one-shot stories called “Romance Dawn” which became the most successful manga in history named one piece. In 1997, One Piece began serialization in Weekly Shonen Jump. It tells the story of a young boy who wants to become king of the Pirates.

It becomes the most selling manga and possibly the best selling comic series of all time and has sold over 470 million copies worldwide. Besides that, his credits include his work in manga series like God’s Present for the Future, Ikki Yako, Monsters, and Cross Epoch.

In 2009, He was in rumors when a woman arrested for sending him one hundred threatening emails. The husband of this woman was an assistant at Oda’s office who had been dismissed.

Eiichiro Oda is one of the most popular manga artists in Japan who gain high fame and wealth in his entire career. He is the richest manga creator with an estimated net worth of over $200 million.

He is 6 feet tall approximately and his weight is around 70kg. Likewise, he has black hair color and eyes as well.

Unfortunately, no information available regarding his other body measurement.

The author is active on Instagram with the handle @eiichiro.oda where he has over 48.3k followers. But, he hasn’t followed anyone on his Instagram yet. Likewise, he also uses Facebook where he has 12k followers.

Moreover, he is not active on other social media sites.