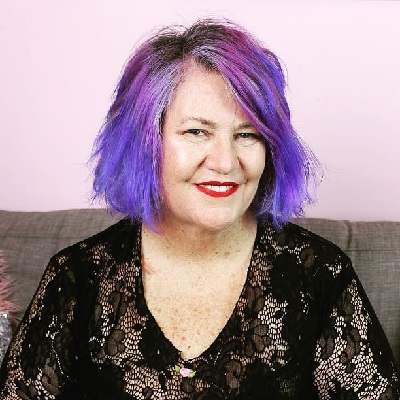 Eileen De Freest is married to the YouTuber and singer, Julia Zelg. She has over 69.k followers on Instagram.

The couple first met via the dating app, Tinder in 2018. Soon after that, they started dating each other. The YouTube couple has 24 years of the age gap. However, the lovely couple proved that age is just the number.

Eventually, they decided to get married. The wedding took place on the 8th of June 2019 at a 5-star hotel in Liverpool Street in front of their friends and family. In the event, Eileen wore an elegant white lace dress. Also, Julia accompanied her with A-line white Sottero dress. As of now, she is leading a happy life with her wife.

Prior to this, Eileen was in a relationship with her girlfriend for 6 years which happens to be her longest relationship.

Also, At a YouTube video, she mentioned that she had the first girlfriend when she moved to London. With her, she was in a relationship for 3 and a half years. Till the date, she shares a strong friendship bond with her.

Who is Eileen De Freest?

Eileen De Freest was born on the 1st of October 1957 in New Jersey, United States. She of British-Irish ethnicity.

Till the date, she has not disclosed her father and mother. However, she mentioned that her father is an American whereas her mother was an Irish.

She has two brothers and she is the youngest among them. She grew as a tomboy with her two elder brothers.

Talking about her educational background, she is a high school graduate. She has also attended University, however, she dropped out of the University when her mother passed away.

Till the date, Eileen De Freest has not disclosed many more about her professional career. However, she revealed that she started her professional journey with a restaurant near her home. Also, her social handle describes her as a BBC radio correspondent too.

On the 3rd of June 2018, she created a self-titled YouTube channel. Later, on the 18th of February 2019, she uploaded her first YouTube video, Coming Out In the 80s. In the video, she shared her life concerning her childhood, teenage, and coming out as gay. The very first video earned 147k views which is the most viewed video in her channel.

As of now, she has uploaded around 18 videos on the channel which is constantly increasing.

Besides that, her growing YouTube channel has a significant contribution to her Net Worth. Apart from that, her Instagram and YouTube brand promotion is a major source of her income.

As of now, she has not been through any sort of controversy that has created a buzz in the past. Similarly, there are no rumors linked with her.

Eileen De Freest has blue eyes with short brunette hair. she prefers to experiments with her hair colors including blonde, pink, and purple. Also, she fond of trying various shade of the lipsticks too.

She has a decent height and average weight. Till the date, she hasn’t disclosed any details about her body stats.

Eileen is active on Instagram with the handle, eileendefreest with over 26.5k followers. In it, she is following the personalities like Jane Fonda, Diane Keaton, and Chrissy Teigen.

You may also read the bio of James Stauffer, Woah Vicky, and Myka Stauffer.