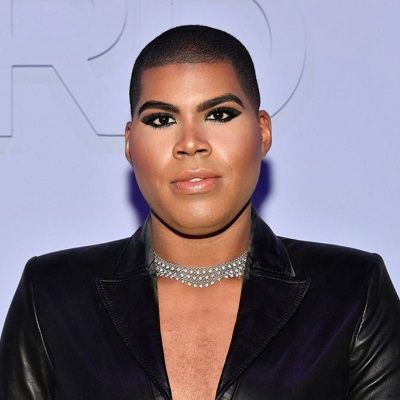 He came out as gay in 2013 and explained in an Interview that dating is a bit more difficult for him now.

He claims that most of his suitors are more interested in him because of his father’s fame rather than accepting him for what he is.

Likewise, he is interested in makeup and getting dressed up.

Who is EJ Johnson?

EJ Johson is an American TV personality and Socialite. EJ is known for his own spin-off reality series EJNYC.

He is recognized for his feminine and androgynous fashion style.

Recently, he was honored at the 2019 HRC Time to Thrive.

His father Magic is an American retired professional basketball player and former President of Basketball Operations of the Los Angeles Lakers of the NBA.

Likewise, he has an elder brother, Andre, and a younger sister, Elisa.

Johnson underwent gastric sleeve surgery in 2015 to reduce 15% of his stomach. And after Caitlyn Jenner came out as a transgender woman, he thought about transitioning himself. But decided not to.

When Johnson was 17 years, he came out as gay to his family. They supported his decision.

In the year 2013, he came out publicly. TMZ published pictures of him holding hands with a male friend.

In the year 2014, he joined the cast of reality TV series Rich Kids of Beverly Hills in the first season. After that, he became the main cast member of the show for the next three seasons.

In the year 2014, he joined E! News as a news personality and commentator. He covered shows for New York Fashion Week.

He guest-starred for season 4 of Real Husbands of Hollywood. In 2016, he featured in the documentary produced by L/Studio, It Got Better.

Johnson has dark hair and eyes. He is 6 feet 2 inches tall.