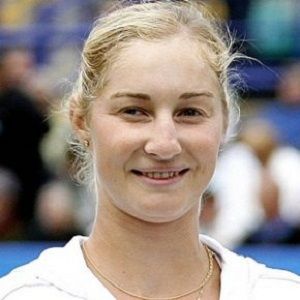 Ekaterina Makarova has kept her personal life private and out of the spotlight. She usually doesn’t talk about her private life in media and public. She prefers people focusing on her work rather than her personal life. She hasn’t mentioned about her affairs publically and has managed to keep it low profile. There is no any record of her marriage and divorce till now. She has not clarified about her married life, affair, boyfriend, and spouse till the present time. It seems like she is sharpening her strength and skills to make her all dreams come true rather than being stuck in a relationship. She is currently focusing on her work and it seems like she doesn’t have time for love affairs. According to the records, she is possibly single at the present time.

Who is Ekaterina Makarova?

Ekaterina Makarova is a Russian professional tennis player. She is a multiple-time Grand Slam doubles champion. She won the Grand Slam championship at the 2013 French Open and 2014 U.S. Open. Makarova entered the top ten in the world tennis rankings in 2015. In addition, she won the gold medal in the doubles competition at the 2016 Olympics.

Ekaterina was born on June 7, 1988, in Moscow, Russia. She is a Russian by nationality and she belongs to Russian ethnicity.

She is the daughter of Russian parents Olga Makarova and Valeriy Makarov. Her father is a banker and her mother a housewife. When she was five, her parents sent her to Luzhniki Olympic Complex. Shortly, she began training there.

Ekaterina began playing tennis professionally in 2003. In her first professional tournament in Elektrostal, she reached the quarter-finals. However, she lost the match to Olga Savchuk. After that, she played in Cairo, Egypt, and reached the second round as a qualifying. She achieved her career-high ranking of number 8 on 6 April 2015.

Ekaterina became very popular at the 2014 US Open and the 2015 Australian Open. She is a three-time Grand Slam champion in doubles competition. In addition, she is the 2012 US Open mixed doubles tournament with Bruno Soares. Also, she won the 2013 French Open and the 2014 US Open with Elena Vesnina. In addition, Makarova and Elena Vesnina were voted the WTA Fan Favorite Doubles Team of the Year for 2013. Also, she won the gold medal in the doubles competition at the 2016 Olympics.

Ekaterina Makarova: Salary and Net Worth

Ekaterina has an athletic body with a height of 5 feet 11 inches and weighs 65 kg. Her hair color is blonde and her eye color is blue. She wears a shoe size of 9(US) and her dress size is 8(US).