Ekin-Su Cülcüloğlu has finished the eighth season of Love Island, along with his new partner, Davide Sanclimenti.

The couple has won the heart of viewers through their on-screen romance. So, it is a great matter of interest for the viewers to know whether they will continue their romance off-screen or not.

The details of her past relationships or affairs have been kept under lock by her to date. 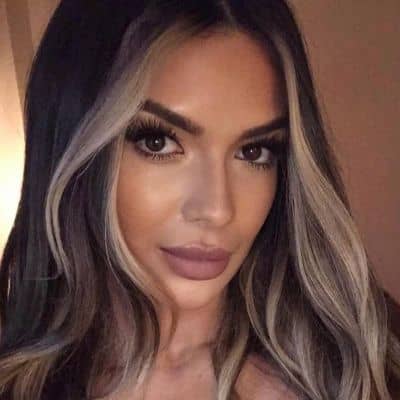 Who is Ekin-Su Cülcüloğlu?

Ekin-Su Cülcüloğlu is a known Turkish-English model, singer, influencer, actress, and reality star. She is known for portraying the role of Isil in the Turkish soap opera, Kuzey Yıldızı İlk Aşk in 2020.

Recently, on August 2, 2022, she won the eighth series of the dating reality show, ‘Love Island’ along with her partner, Davide Sanclimenti.

The reality star was born on 21 August 1994 in Islington, London, England. As of 2022, she is 27 years old holding an American nationality. Similarly, he is of Caucasian ethnicity and according to the astrologers, her birth zodiac sign is Leo.

Moving on to her family background, She was born to her mother Sezer while the name of her father is unknown. She also has a younger brother named, Arda.

As per her academics, in 2015, she graduated from the University of Central Lancashire with a degree in arts.

Ekin-Su Cülcüloğlu was interested in modeling and acting from a young age. She stood out as a contender for Ireland in Miss Asia Pacific World in 2011. Then, she went on to compete in other beauty pageants too.

During her initial career, she went through various stage names like Su Ekin Cülcüloğlu, and Su Hayzel.

Then in 2020, she was cast as Işıl, a British photographer who saved the life of the lead character, Kuzey in the Turkish series, Kuzey Yıldızı İlk Aşk.

Ekin-Su Cülcüloğlu soared to fame after appearing in the eighth season of the dating game show, Love Island. It is a spin-off of the earlier celebrity series of the same name.

Becky Hill and Joel Corry made came appearances in the show and performed during a VIP party at the Vibe Club. In the finale, the series was won by Ekin-Su Cülcüloğlu and David Sanclimenti, by 63.7% of the final vote. Similarly, Gemma Owen and Luca Bish were runners-up.

The net worth of Ekin-Su Cülcüloğlu is estimated to be around $250K as of 2022. However, her salary and income have not been disclosed yet.

The Love Island winners, Ekin-Su Cülcüloğlu and Davide Sanclimenti won the show and received the £50,000 prize.

The Love Island season 18 winner, Ekin-Su Cülcüloğlu is new to the limelight. Therefore, he has not been part of any serious rumors and controversies.

Ekin-Su Cülcüloğlu stands at a height of 5 feet 6 inches weighing around 55 Kg. Moving on to her physical appearance, She has a fair complexion, along with a pair of brown hair and eyes.

You may read about, Nema Vand, Noah Erb, and Morgan Stewart.