El Clasico: Barcelona thrashed Real Madrid 3-0 at the Santiago Bernabeu as Lionel Messi became the top goal scorer of 2017 with 54 goals while Cristiano Ronaldo stays with 53 goals after El Clasico 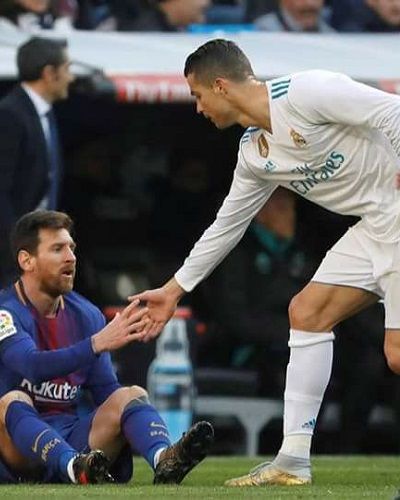 Barcelona has beaten Real Madrid 3-0 at their home, Santiago Bernabeu in the El Clasico. Barcelona showed their brilliant team performance and stops the 10 men, Real team, at their own home.

During the rivalry match, Luis Suarez scored the first goal for the Catalan side as Lionel Messi doubled the lead after the penalty.

As Lionel Messi produced his penalty to a goal, the late substitute Alexis Vidal triple the lead and secured Barcelona’s victory against their arch-rivals.

How it all happened

As the match starts, there was a tough competition between Barcelona and Real Madrid in the first half. However, it didn’t go well for the home side as Barcelona dominated the game in the second half and Luis Suarez helped his team to take the lead. Furthermore, it is the first time Barcelona has won three consecutive league matches at the Bernabeu.

After the goal from Luis Suarez, Messi got the penalty as Carvajal was sent off after saving the ball with his hand. The Argentinian international converted his penalty to a lovely goal and also became the top goal scorer of the year 2017 while Cristiano Ronaldo is in second place with 53 goals. Additionally, Alexis Vidal netted the third goal to secure the win for the Catalan side.

After scoring his 25th goal, he has also become the leading goal scorer against Real Madrid. Tottenham Hotspur striker, Harry Kane could match Lionel Messi to become the top goal scorer of this year if he will score four goals in his next two games. During the El Clasico, Cristiano Ronaldo missed two chances in the first half.

“I know tomorrow I am going to be killed for this. I’m here to make decisions and I have no regrets. The game would have been different if we’d scored in the first half. We didn’t, and that’s football.”

“We didn’t even play that badly, which is why this hurts so much. I can’t be happy with how we lost but I still am with my players, what they’ve done until now is brilliant, but today we are devastated.”

You may like to read Cristiano Ronaldo: His decision to remain with Real Madrid, his great Ibiza vacation, and the other potential transfers!

As of now, Barcelona is at the top of the group with 45 points in 17 games. Barcelona has not lost a single match this season. In 17 matches, the Valverde men have won 14 matches and draw three matches. After all, Barcelona wide the point gap to 14 points while Real Madrid is in the fourth place. Moreover, Atletico Madrid and Valencia are in second and third place respectively.

As of now, Barcelona is the favorite to win the La Liga title this year. In the absence of Neymar and the newly signed Ousmane Dembele, the club has been doing pretty good under Valverde.

He is the all-time top goal scorer of the Portugal national team. Currently, Ronaldo plays for Spanish giants Real Madrid as a striker. More Bio…