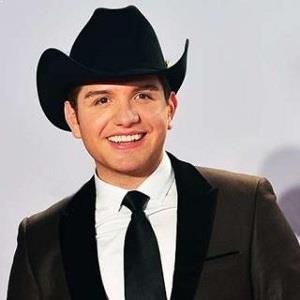 What is the relationship of El Dasa?

Dasahev López Saavedra (El Dasa) has kept the information regarding his personal life as a secret. There are no records of his past and present relationships. Furthermore, he does not have children from any of his relationships. At present, he is believed to be single.

Who is El Dasa?

He became interested in the world of music in his childhood years. He is of Mexican nationality. Furthermore, he belongs to a Mexican ethnic background.

Talking about his education, there are no details about Dasa’s educational background.

Dasa initially was the lead singer of Banda Costa Azul, from Hermosillo, Sonora at the early age of 15. Later, he was a contestant in the last edition of Mexico’s La Academia 6: Última Generación.

However, he got eliminated in the second round. Vicente Fernandez hired Dasa as his driver. Additionally, Fernandez also supported him in his musical career.

Dasa has worked as an actor and composer in the TV series ‘El Vato’, released by NBC Universo. Furthermore, he has released several albums including ‘Pá La Raza’, ‘Alegre y Enamorado’, and ‘El Hijo Del Desierto’. He has garnered two Latin Grammy Awards nominations to date.

Dasa has not revealed his current salary. However, he has an estimated net worth of around $ 1.3 million as of 2022.

Dasa became part of a controversy after he stated that he was robbed just outside of his own home by a fan. Additionally, there are no other controversies that he has been part of. Currently, there are no rumors concerning his life and career.

Talking about his body measurement, there are no details available about Dasa’s height and weight. His hair color and eye color is dark brown.