Talking about her love life, Elaine Joyce is presently single and she is not dating anyone at the moment.

Previously, Joyce was married to Bobby Van. The couple married on 1 September 1968. They also shared a child as a daughter named Taylor(born 22 June 1976). Sadly, Van passed away due to brain cancer pm 31 July 1980.

The actress was married to television producer, John Levoff on 1 September 1985. The couple shared a child a son named Michael born in 1986. Unfortunately, the couple split up in May 1992.

Afterward, Elain married Neil Simon who was a playwright on 11 September 1999. Sadly Neil passed away on 26 August 2018 because of complications of pneumonia while hospitalized for kidney failure.

Additionally, she was romantically linked with author J.D. Salinger. Joyce performed at the Alhambra Dinner Theatre in Jacksonville, Florida where J.D. visited the opening night of the production. Later, he met her after the show. It is reported they were romantically in a relationship for many years. 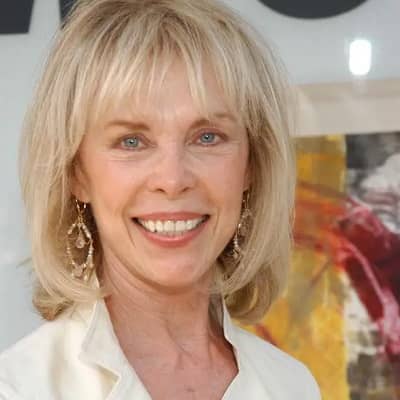 Who is Elaine Joyce?

Elaine Joyce is a well-recognized American actress and television personality. Joyce is widely famed for her role in West Side Story, The Music Man, Bye Bye Birdie, and Funny Girl.

Moreover, she was the lead in the Broadway musical, Sugar from 1972 to finishing with Tony Roberts and Robert Morse.

Elaine Joyce was born on 19 December 1945. At present, her age is 75 years old. Likewise, her birthplace is Kansas City, Missouri, the USA.

Elaine is the daughter of her father, Frank Pinchot whereas her mother is Iliclina. Moreover, she has a brother named Frank Pinchot.

Talking about her nationality, Joyce holds an American identity whereas her ethnicity is Hungarian.

Professionally, Elaine made her movie debut in the year 1961 as an extra in West Side Story. She also made an uncredited appearance in different movies such as The Music Man, Bye Bye Birdie, and Funny Girl. The actor then performed in Such Good Friends and How to Frame a Figg in the year 1971.

On the other hand, Joyce started her television career featuring in an episode of Route 66 in 1962. Elain appeared in a recurring role in The Young and the Restless and Days of Our Lives. Other than that, the star has performed as a guest actress in different series like The Andy Griffith Show, The Red Skelton Show, Love, American Style, The Carol Burnett Show, Kojak, and so on.

Additionally, she was a consistent panelist on many game shows such as Match Game, Tattletales, Super Password, Password Plus, What’s My Line?, and I’ve Got a Secret.

Elaine also performed the character of Marsha Finch in City of Angles. She has also hosted the first season of The All-New Dating Game. Joyce was then featured in Mr. Merlin, Beverly Hills, 90210, Melrose Place, Magnum, Too Close For Comfort, Murder, and so on.

A talented artist, Elaine Joyce has earned a handsome amount of money from her profession. She has been active in her profession from the year 1961 till the present.

It is reported that Elaine Joyce has an estimated net worth of $1.3 million as of 2022.

Elaine has never been part of any controversial matter or rumors till now. The actress has been preoccupied with her professional and private life.

It seems that Joyce prefers enjoying her personal life and does not want to merge it with her professional life.

75 years old star, Elain Joyce has beautiful looks and an admirable personality. She stands at a height of 5 feet 6 inches. Also, she has a balanced body weight of 56 kg.

Furthermore, Joyce has blue eyes whereas her hair is blonde. Her body measurement is 33-24-35 inches(chest-waist-hip) respectively.

Regarding her social media presence, Elaine Joyce is not an active personality on social media.