Who is Elan Gale Dating?

Currently, Elan Gale is romantically linked up with his fiancee Molly Quinn, an American actress. At the end of 2015, they started seeing each other. Later, on November 25, they officially started dating each other.

As Gale rarely accompanies Molly to public events, she had been slightly cautious on the matter of exposing their relationships. Both, of them, seem to be pet lovers as they have adopted pet dogs, Pikachu and Piper.

However, in  December 2019, Elan Gale revealed that he had bought the ring for his now-fiance, Molly as soon as they began their relationship 3 and half years ago. In the same year and month, he proposed to her during a trip to Hokkaido, Japan.

And the duo seems to be very happy with each other at the moment as there is not any new popped about their separation. 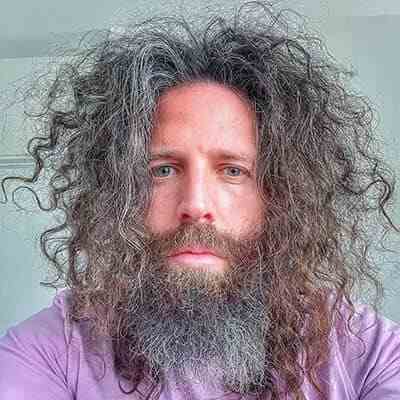 Who is Elan Gale?

Elan Gale is an American author, television writer, and producer. He is best known for being the producer of the reality series, ‘The Bachelor’ and ‘The Bachelorette.’

Gale is also the creator of FBOY Island and has also produced, ‘Bachelor Pad’, ‘Bachelor in Paradise, and ‘High School Reunion.’

Elan Gale was born in Los Angeles, California, the United States on October 27, 1983. Gale is 39 years old as of 2022 and holds an American nationality.

He is of Caucasian ethnicity. According to the astrological chart, the producer has a Scorpio birth zodiac sign.

He has kept the details of his parents, siblings, and educational background a mystery.

An American reality dating show, ‘The  Bachelorette’ premiered on January 8, 2003, on ABC. The show is a sequel to the reality television series, ‘The Bachelor.’ The series has a long-season running.

The eighteenth season of the series aired from October 19, 2021, to December 21, 2021, in which Adams and Bristowe were the returning co-hosts.

The series was renewed for the nineteenth season in March 2022. Jesse Palmer will be appearing as a host of the show which is set to premiere on July 11, 2022.

Besides, that, Elan Gale has been the executive producer of reality TV series like High School Reunion and Cookin’ with Coolio.

In 2021, he served as an executive producer for the American dating series, ‘FBOY Island’ along with other co-producers like Ben Bitonti, Sam Dean, Nikki Glaser, and Jayson Goldberg.

Nikki Glaser hosted the 1st season of the series which aired on HBO Max on July 29, 2021. In August 2021, the second season was renewed.

The series, emphasized three women who are in the process to identify twenty-four men as either womanizers or looking for a serious relationship.

The net worth of Elan Gale is estimated to be around 20 million USD as of 2022. However, the producer has not shared the info related to his salary and earnings.

Elan Gale has not been involved in any rumors and controversies as he is able to maintain a clean profile.

Elan Gale stands at the height of 5 feet 8 inches while his weight is unknown. The body measurements of Gale including his bust, waist, and hip size are unavailable at the moment.

In addition, he has a fair complexion, along with a pair of hazel eyes and black-ash mixed frizzy hair.

Talking about the social media presence of Elan Gale, he is present on Instagram under the username, @theyearofelan having more than 182K followers.