Elçin Sangu is a Turkish actress and model. She is best known for her leading role Defne in the series Kiralık Aşk. Elçin is dating a Turkish businessman. 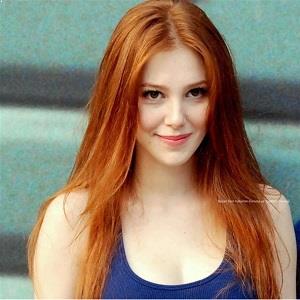 What is the relationship of Elçin Sangu?

Elçin Sangu is currently in a relationship with Yunus Özdiken. He is a Turkish Business Professional. They started dating in 2011 and they are still seeing one another.

They have been together for more than 10 years. They don’t have any children from this relationship.

The future of the relationship has not been discussed by them and no news regarding the possible marriage ceremony has emerged.

Who is Elçin Sangu?

Elçin Sangu is a Turkish actress and model mostly known for her appearance in numerous television series including ‘Öyle Bir Geçer Zaman ki’, ‘Kurt Seyit ve Sura’, and ‘Kiralik Ask’ among others.

Sangu was born in Izmir, Turkey on August 13, 1985, and belongs to a Circassian ethnic background.

She attended Mersin University from the Opera Department and also took acting lessons at the Sahne Tzu Theatre. She was also enrolled at the Yeditepe University Department of Fine Arts.

After her graduation, Elçin Sangu began getting small roles in numerous theater plays.

The combination of versatile acting skills and the jaw-dropping beauty of Sangu helped her to get roles in numerous TV projects in her career.

She first appeared on television in ‘Öyle Bir Geçer Zaman Ki’, where she portrayed the role of an evil character Jale.

Sangu has won numerous awards during her career. She has been nominated for awards like the ‘Crystal Mouse Award’, ‘Elele Avon Women Award’, ‘Turkey Youth Award’, ‘KTU Media Award, and others.

Sangu’s net worth is estimated to be $1 Million as of 2022. She is one of the highest-paid actresses in Turkey. Whereas her salary is unknown.

Sangu has not been part of any rumors or controversies in her career and has been successful in maintaining a good public image.

She has a slim body with red hair and light brown eyes.

How old is Elcin Sangu?