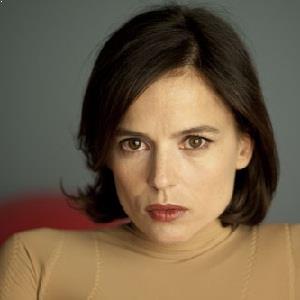 I can hypnotize rabbits.

I am not generous about telling people who I am and what I like to do because it's my life and it only belongs to me and my friends and family.

I think a love story is universal. It has no language, and has no sex, and has no identity. It's unique. It's personal. It's once in a life.

Elena Anaya, the beautiful Spanish actress, is currently believed to be an unmarried woman and is living her life happily with Tina Afugu Cordero. She was linked with Tina Afugu Cordero, a costume designer and announced her pregnancy in November 2016 and finally, gave birth to a son in February 2017. Talking about her past relationships, she was in an open relationship with Beatriz Sanchis with whom her kissing photographs were published by ‘Cuore’. She hooked up with Beatriz Sanchis in 2008 and continued her relationship for 5 years and finally broke up. Earlier, she was in a relationship with  Gustavo Salmerón(2001 – 2004) and María Villanueva. Thus, Elena Anaya is the mother of a baby boy and has partnered herself with the costume designer, Tina Afugu Cordero.

Who is Elena Anaya?

Elena Anaya was born to Elena, a housewife and a boarding house owner in Palencia and Juan José Anaya Gómez, an industrial engineer in Palencia, Castilla y León, Spain. She was born on July 17, 1975, and was raised in the same place where she was born along with her three elder siblings. Her nationality is Spanish and her ethnicity is Spanish. There is no further information about the early life and early life interest of Elena Anaya. Talking about her educational background, there is no any information about the educational institutions and the subjects in which she majored except the fact that she has trained herself at the Juan Carlos Corazza school of acting.

Elena Anaya initiated her career during the year of 1995, but, her first significant role was in the sexually explicit drama ‘Sex and Lucía’ which was followed by her role as a minor actress in the Almodóvar’s ‘Talk to Her’. In 2004, she got the opportunity to play the role of Dracula’s bride in the hit film ‘Van Helsing’. After her appearance in the Justin Timberlake’s music video ‘SexyBack’, she got her second breakthrough with an opportunity to play in the 2010 sexually explicit lesbian film ‘Room in Rome’. Currently, there is huge publicity that she is about to play in the upcoming 2017 movie ‘Wonder Woman’ with the role of Doctor Poison. Thus, with the help of her talent and appearances, she gets a decent amount of money as her salary raising her net worth to the respectable peak point.

Unlike other celebrities, there is no any rumor about the love life of Elena Anaya and her professional life as well. She has not landed herself in any major controversy or scandals till now.