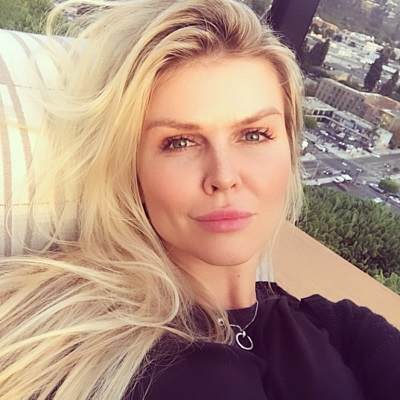 What is the relationship of Elena Samodanova?

Currently, she is single and not dating anyone at the moment. Recently she filed for a divorce from her ex-husband.

Previously she was married to Gleb Savchenko.

The duo got married on 12 July 2006. However, the pair announced that they are getting separated from each other Gleb’s ongoing infidelity is the main reason.

However, their wedding is about to end as this couple is now separated.

Who is Elena Samodanova?

Elena Samodanova is a multiple award-winning choreographer and dancer. Samodanova is renowned as the judge of the Russian Version of Dancing With the Stars.

Also, she is popular for her appearance in So You Think You Can Dance.

Elena Samodanova was born on 3rd October 1984 in Moscow, Russia. She is of Russian ethnicity.

She was born to a family of the performers. Both her father and mother, Irina Samodanova were professional dancers.

Moving towards her academics, she is an alumna of the Moscow Theater Arts University. She used to be a student of drama.

Her professional journey started as a dancer and worked on various platforms including United Kingdon, Asia, North America, and Europe. Also, she has represented Australia at the World Dance Championship where she reached to Top 10 world ranking in Latin America.

She was also featured in the Australian version of DWTS as a dancer. Later, she came into the limelight after her appearance in the dancing reality TV program, So You Think You Can Dance during Academy week and final tour.

Besides that, she has assisted in various dancing programs including UK’s Strictly Come Dancing assisting her husband, Gleb. Also, she judges the dancing reality show, Dancing With the Stars as a judge.

Apart from that, she also owns a dance studio in West Hollywood with the name Pro Dance LA that specializes in Latin and Ballroom for kids.

She has brown eyes with blonde hair. She stands at a height of 5 feet and 6 inches and has a decent weight.

Recently, she and her husband, Gleb Savchenko has been in the headlines for their relationship. After 14 years of marriage, they are getting separated from each other.

The primary reason behind the separation behind the divorce happens to his multiple affairs over the years. Also, she accused her husband, Gleb of ongoing infidelity.

She has a self-titled YouTube channel with 632 subscribers with 234k views.

Lindsay Arnold
Tags : choreographer Russian dancer So You Think You Can Dance