Eli J. Kay Oliphant is a Lawyer. Eli is married to his college sweetheart, Marina Squerciati.

Eli J. Kay Oliphant is a married man. He is married to his college friend Marina Squerciati. Marina and Eli share a romantic relationship before and after marriage.

Marina is an American Actress, famous for her performance in Gossip Girl. The couple got married in February 2017 and Marina gave birth to a daughter in May.

Eli is a one-woman man and doesn’t have any further relationships or affairs with anyone and is happily married. 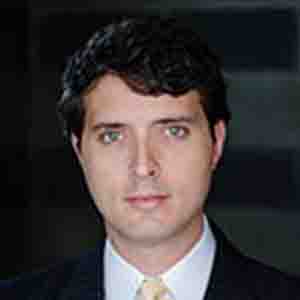 Eli J. Kay-Oliphant is a Lawyer by profession and has won many honors in his field. Eli has done his hearing in the United States Court of Appeals for the fifth and seventh circuits.

He also has involvement in the Art Institute of Chicago.

Oliphant has not disclosed anything about his early life and childhood. Maybe, he wants to keep his personal life separate from his professional life.

His education is well known to all as he completed his graduation from Northwestern University in 2001. Later he graduated from Emory University School of Law, with Honors in 2005.

Eli has worked as a clerk for the fifth circuit court of appeals, Honorable W. Eugene Davis.

Eli is also involved in community work in a position of member of the board of directors of the Chicago Debate Commission and Member of the Evening Associates Board of Directors at the Art Institute of Chicago.

Oliphant has also been honored with many awards for his work including Emory Law Journal Editor in Chief, Emory Law School Dean’s Award for Excellence in Contract Law, and Corporate Law.

Eli has earned many honors and has done many works that are recognized and also has hahaveany successful hearings in court.

Still, there is no information about her net worth nor has he disclosed his salary in the media.

There are no rumors other than the couple’s marriage and relationship.

It was posted on various websites rumored about the marriage of Eli and Marina. But later it got confirmed that the couple is married.

His eye color is blue and his hair color is brown. There are no exact body measurements like height, weight, etc. of Eli J. Kay-Oliphant.

Eli J. Key-Oliphant doesn’t seem familiar with Facebook as he is found official involved in it but he has his Twitter profile but only with 2o1 followers.

He seems to be busy with his work rather than posting stuff on social media because on his Instagram profile there are only 181 followers.

Also know more about the early life, career, net worth, relationships, and controversies of other Lawyers including Ricky Gervais, Larry Caputo, and Lawrence O’Donnell.

What does Eli Kay Oliphant do for a living?