Elias was previously married to Jennifer Rubin. She is also an actress and producer who is known for being the  Ford International Model of the Year in 1984. They exchanged vows in 1987 but later they divorced in 1990. Furthermore, he was once linked with Heather Graham in 1997. Besides these relationships, he has not seen any girls or women.

As for now, he is single and happily living his life focusing on his career. 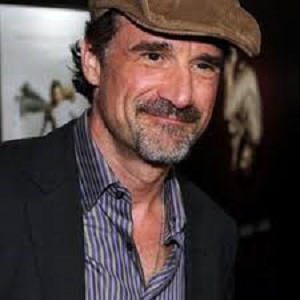 I can't stand to watch anything that I'm in. I tear it apart. The worst thing you can do is leave me alone and let me watch what I'm in. It's abusive.

Sometimes there are certain things that you gotta grow into. Sometimes, for some actors, they know it spiritually at a young age. Others need to grow into it.

I don't know if it's a blessing or a curse, but every time I show up on set it still feels like the first time.

I feel blessed. To live an artistic life, it's a blessing.

Who is Elias Koteas?

Elias Koteas is a Canadian film and TV star who is known for his roles in the films such as the Teenage Mutant Ninja Turtle, The Thin Red Line, The Adjuster, and The Prophecy. Furthermore, he has played in the popular NBC’s Chicago Fire from 2013.

Koteas was born in Montreal, Canada on March 11, 1961. He is currently 60 years old. His father was a mechanic in Canadian National Railways and his mother was a milliner (a person who makes a hat). He is of Greek ethnicity.

Furthermore, there is not much information about his siblings and where was he brought up.

Moving towards his education, he attended Vanier College and later got his graduation from the American Academy of Dramatic Arts in New York in 1981. Furthermore, he learned acting skills at Actors Studio in New York City under Ellen Burstyn and Peter Masterson.

Elias started his acting career from the supporting role of Specialist Pete Deveber in Gardens Of Stone (1987). After that, he was best known for playing the lead role of Thomas Daggett in the American film The Prophecy, and the sports-crazed vigilante Casey Jones in the Teenage Mutant Ninja Turtles films. He played some TV drama which is very famous like Private Sessions, The Sopranos, House, and My Days of Mercy.

Apart from the TV series he has played in the films like Fallen, The Adjuster, Exotica, Ararat,  and The Thin Red Line. Furthermore, he also appeared in The Greatest Game Ever Played,  Skinwalkers, Zodiac, and Shooter in 2007. Additionally, his other notable film and TV include Let Me In(2010),  Winnie Mandela(2011), and Chicago Fire(2013).

At the end of the 2018 season of Chicago Fire, his character was knifed in prison and eventually dies in surgery.

Talking about his net worth and salary, he has an estimated net worth of $7 million. But his salary plus other incomes are not disclosed.

Elias Koteas stands 5 feet and 8  inches tall and weighs around 77 kg. He has light brown eyes and a salt and pepper hair color.