Elijah Stevenson is possibly single at present. He is more focused on his career rather than any other things. He is yet to get involved in any serious relationship as he is the rising star. 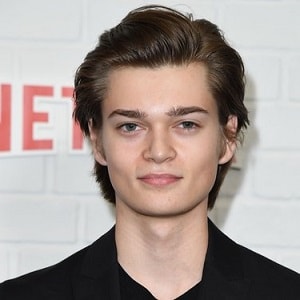 Who is Elijah Stevenson?

He appeared in several theatres play before pursuing his big-screen career.

Elijah holds American citizenship but his ethnicity is unknown. He has not mentioned his parents, siblings, and his childhood.

There is no information available regarding his education history, however, it is under review.

He was inspired to acting since he was a child. He made his first acting debut in the independent film ‘Captain Fantastic’ and followed by two short films, ‘Trout’ and ‘Missing’.

His second feature film was ‘Tall Man’ in which he played the younger version of the primary protagonist, Terrence Mackleby.

His first small-screen appearance was in the web series ‘Dani’s Bucket List’ in which he played the role of Trevor Blanchard and appeared in the 2016 comedy ‘Second Nature’ alongside Collette Wolfe, Sam Huntington, and Carollani Sandberg.

He played the role of Oliver Schermerhorn in Netflix’s ‘Everything Sucks!’, a comedy-drama that dealt with adolescent issues that any generation would find relatable.

The show received mixed to positive reviews which were originally released on February 16, 2018. He appeared in the series alongside Peyton Kennedy, Sydney Sweeney, Patch Darragh, and Rio Mangini.

Elijah starred in the mystery horror ‘Cam’ in 2018. He is going to appear in the western drama ‘We take the Low Road’, ‘Woodstock or Bust’, and ‘Sink’.

It seems he has not been nominated and awarded for his work. We can hot that he would win in the future.

As of 2022, He has not revealed any information about his salary and income so it is hard to predict his net worth.

He is very private about his information. He likes to keep his lips tight. He has not been involved in any rumors and controversies to date.

He has green eyes and brown hair. He has a height of 5 ft. 10 inches and his weight is unknown.