Elijah Wireman is a Youtube star, Instragammer who is best known for his amazing videos. He is in a relationship.

Currently, Elijah Wireman is in a relationship with Maddie Joy.

Joy is also a Youtuber and Social Media Personality. They run the collaborative Youtube channel, Maddie and Elijah. As from their social media, they look very close and happy together. 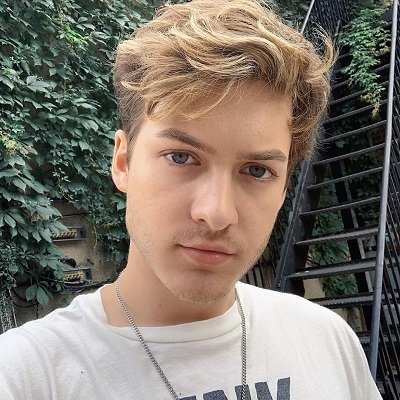 Who is Elijah Wireman?

He is best known for his collaborative Youtube Channel titled, Maddie and Elijah, with his girlfriend Maddie Joy.

He was born on February 11, 1999, in Ohio, United States. He belongs to Caucasian ethnicity.

He has two older brothers, Andrew and Danial Wireman. He has not revealed any information about his father and mother.

As from his Instagram, he graduated from the Ohio Virtual Academy, which is an innovative online school, in June 2017.

Elijah Wireman has a collaborative youtube channel titled, Maddie and Elijah, with his girlfriend Maddie Joy. He Started this Youtube channel on June 19, 2016. This channel has 1.76 Million Subscribers and views in millions.

On July 1, 2016, he released his first video titled “Boyfriend/girlfriend Tag!“. He often uploads videos related to relationship stories, challenges, as well as vlogging.

He and his girlfriend involved in different online business activities. they also featured in fanjoy.co. From where we can buy different kinds of products like T-shirts, hoodies, Phone covers, Cap, Notebooks, etc.

He has a collaborative YouTube channel from which his estimated earning is around $28.4 K – $454.4 K per year.

In addition, he has an Instagram with huge fan followers. So, his estimated earning is around $708k – $1,180 k per post.

There are no rumors about Elijah. Similarly, he has not been a part of any controversy.

He is very focused on his work and career and has not done anything to harm his image and reputation.

Elijah Wireman has hazel eyes and light brown hair. His height is 5 feet 8 inches and his weight is 67 kg.