Elisa Donovan is an American actress, writer, producer. Elisa is married to her longtime boyfriend since 2012. She and her husband are parents of their child. 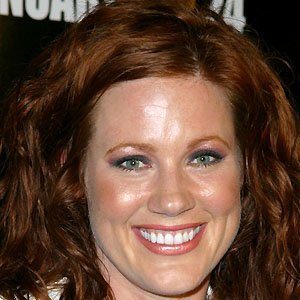 Elisa Donovan is a married woman. She has been married to Charles Bigelow since October 20, 2012. The couple has welcomed their first child, Scarlett Avery Bigelow on May 8, 2012. The family has been living together and they are spending quality time with each other. Also, there is no sign of divorce between the couple.

Who is Elisa Donovan?

Elisa Donovan is an American actress, writer, and producer and she is best known for her role Amber from the film ‘Clueless’ in 1995.

She was born Lisa Adaline Donovan on February 3, 1971, in Poughkeepsie, New York, USA. She is currently 48 years old. Her father’s name is Jack Donovan and her mother’s name is Charlotte Donovan. Elisa’s father was a business executive. She changed her named to ‘Elisa’ after she joined the stage union, Actor’s Equity’ because there was already an actress named Lisa Donovan in that union.

She is an accomplished salsa dancer and equestrian. Elisa holds American citizenship but her ethnicity is Caucasian.

Talking about her education history, she attended the New School For Social Research in New York City. She went to high school with Joe Roseto, Robert Bagnell, and Chris Messina.

She began her film career as a lover in ‘Café Babel’ in 1995. In the same year, she made her appearance as Amber Marines in ‘Clueless’ and made her breakthrough appearance. She reprised her role in the television series of the same name.

Elisa Donovan has made her notable performances in ‘A Night at the Roxbury’, ‘Beverly Hills, ‘90210’, ‘Sabrina, the Teenage Witch, ‘Sonny with a Chance’, ‘The Dog Who Saved Christmas’, ‘The Lake’, and many more.

The actress has not been awarded and nominated for her work to date. We hope, she will win in the future.

She has an estimated net worth of around $4 million earned from her professional career.

It seems she likes to keep her profile low and she has not been involved in any types of rumors and controversies in her career.