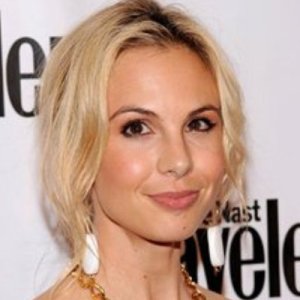 Pregnancy and motherhood are the most beautiful and significantly life-altering events that I have ever experienced.

Elisabeth Hasselbeck is now a married woman with three children. While her time at Boston College, she met Tim Hasselbeck, who is also a former starting quarterback of the football team and later, having a long-term relationship with Tim, she decided to share a married life with him. Now, they have 3 children Grace Elisabeth (born in 2005), Taylor Thomas (born in 2007), and Isaiah Timothy (born in 2009). Talking about her past love life, there is no any information relevant to her past boyfriend from any social media.

Who is Elisabeth Hasselbeck?

Elisabeth Hasselbeck is an American Television Personality and Talk Show host best known for her standing in the fourth place as a contestant on the second season of the American version of ‘Survivor: The Australian Outback’ who is currently not involved in any career-related work after departure from ‘Fox & Friends’.

Born to Elizabeth DelPadre, Catholic-school teacher and lawyer and Kenneth Filarski, an architect in Cranston, Rhode Island, United States of America, during the year of 1977, Elisabeth Hasselbeck was raised in the same place where she was born in a Roman-Catholic culture. She was raised with her brother Kenneth, Jr. who is a practicing attorney and aspiring musician. She is of mixed ethnicity; Polish father and Italian mother.

From the very early age of life, she was interested in participating in various Livecasting work. So, she attended St. Mary School in Cranston followed by St. Mary Academy – Bay View in East Providence. After her graduation from St. Mary Academy – Bay View in 1996, she moved to Boston College where she was a captain of women’s softball team for two seasons, winning consecutive Big East championships. Therefore, she had a strong baseline for her career to be a successful one.

Elisabeth Hasselbeck initiated her career for Puma after her graduation from Boston College in 1998 which led her to work as a cast in ‘Survivor: The Australian Outback’ and, was also the original member of ‘Kucha’ tribe. She achieved excellence in her career and was appointed as a judge in ‘Miss Teen USA 2001’ which was followed by her working in Style Network’s ‘The Look for Less’ helping to find the stylish clothes for bargain prices. In November 2003, she got her breakthrough by replacing Lisa Ling for the show ‘The View’ and became the permanent co-host of that show. Again, in 2013, she replaced Gretchen Carlson to be the co-host of Fox News morning show ‘Fox and Friends’ and just after one month, the show was rated better, increasing 10 percent in viewership among the age group 25-54. Then, she decided to make her life more private and give some time for her family and friends leaving ‘Fox and Friends’ in 2015. Now, she is worth $15 million and was awarded the Daytime ‘Emmy Award’ for Outstanding Talk Show Host during the 36th Daytime Emmy Awards.

In 2013, there were rumors that she has been fired from the show ‘The View’ which turned out to be fake. She also had some on-air heated controversy with her co-host, Rosie O’Donnell, while hosting ‘The View’ with her.

Elisabeth Hasselbeck’s height is 5 feet 4 inches and weighs 50 kg. Her body stats are 34-24-34 and she has blonde hair and brown eyes.

American TV host Elisabeth Hasselbeck’s struggles with her celiac disease! Know how she self-diagnosed her autoimmune disease and conquered it with her gluten-free diet!

Charlie Hardwick of Emmerdale fame has been diagnosed with Celiac disease!