Is Elisabeth Moss Sinlge or Dating?

As per sources, Elisabeth Moss is currently single and is not dating anyone. She has not opened up about her present relationship status.

Moss was married to Fred Armise, a comedian. In October 2008 they met for the first time and later they got engaged in January 2009.

Later, On October 25, 2009, they tied the knot officially at Long Island City, New York. But they decided to end their marriage and got separated officially on May 13, 2011, after moss filed for the divorce.

Likewise, she dated Adam Arkapaw, a Cinematographer in 2015. They started dating each other in 2012 and separated in 2015. But, the reason behind their separation is not known. 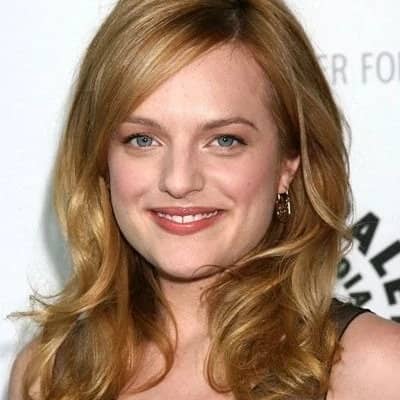 Who is Elisabeth Moss?

Elisabeth Moss is a well-known American actress, producer, and director.

Elisabeth Moss was born in Los Angeles, California, the U.S. on July 24, 1982. Moss is 39 years old as of 2022 and holds both American and British nationality. Her ethnicity is mixed and as per the astrologers, Leo is her birth zodiac sign.

Ronald Charles Moss, of English descent, and Linda Ekstromof  Moss of Swedish descent are her parents. Both of her parents were musicians, her mother especially plays jazz and blues harmonica. She has one sibling, a brother.

She was p0assionlate to be a dancer since her adolescence. So, she moved to New York City to train in ballet at the School of American Ballet. Later, she attended Kenney Center with tutor Suzanne Farrell based in Washington, D.C.

For balancing both education and career, she started homeschooling and earned a graduate degree in 1999.

Elisabeth Moss has appeared in various Television series, Theatre plays, and Films. In 1990 she debuted on the screen through a television mini-series titled, Lucky/Chances.

She voiced the character of Holly DeCarbo in the ‘Frosty Returns’ in 1992 and Michelle in the TV special, ‘Once Upon a Forest’ in 1993.

She appeared in a supporting role in the drama series, Separate Lives in 1995 alongside, Jim Belushi and Linda Hamilton.

Moss starred in a commercial for ‘Excedrin’ addressing the audience about its advantages to those who have migraines. It went successful and continued for several years.

Likewise, her appearance in the film, Virgin earned her nominated for a 2004 Independent Spirit Award. She starred as Peggy Olson, in the drama series titled, Mad Men that aired on AMC.

She got in the nomination of Outstanding Lead Actress in a Drama Series between 2009 to 2015.

She started to work on Broadway in October 2008 and played the role of Karen during the 20th Anniversary revival of David Mamet’s Speed-the-Plow. Likewise, she starred on Broadway playing the role of Hiedi Holland in ‘The Heidi Chronicles.

She booked her role in the biopic Chuck by Chuck Wepner in 2016 and in the biopic of Scottish psychiatrist R.D. Laing’s Mad to Be Normal.’

She starred with the main lead role in a short movie for the song “On the Nature of Daylight” by Max Richter, a British composer.

She booked her role in the movie, The Invisible Man opposite Oliver Jackson-Cohen and Storm Reid. On February 28, 2020, the movie was released.

As per Celebrity Net Worth, the net worth of actress, Elisabeth Moss is estimated to be about 30 Million USD.

She is paid 1 million USD per episode for any series or show.

There were also rumors about Elisabeth Moss having a relationship with Tom Cruise as they both have their affiliation with Scientology.

But in an interview, she said that she would be as surprised as that others if that were the issue.

Elisabeth Moss has a slim body standing at the height of 5 feet 3 inches. She weighs around 56 kg.

However, she has fair skin and a couple of Green eyes, and has beautiful light brown colored hair.

There is an official Facebook page under her name, which has garnered around 9.8K followers.

But, Moss does not seem to be active on Twitter.