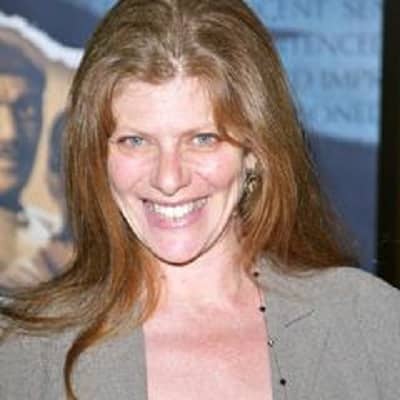 Eliza’s current relationship status is married. She is married to Eric Roberts. He is an American actor.

The couple exchanged vows on August 16, 1992, and are still together. Eric has a daughter, Emma Roberts (February 10, 1991) from his previous relationship with Kelly Cunningham.

Previously, Eliza was married to James Simons, a film producer. The couple has a son, Keaton Simons on July 20, 1978.

Keaton is now an American recording and performing artist. The couple welcomed their daughter, Morgan Simon. However, the couple split.

Who is Eliza Roberts?

Eliza Roberts is a casting director and TV actress. She has appeared in movies like Animal House, Lois & Clark: The New Adventures of Superman, and movies like Doctor Who.

She is also famous as the wife of a popular actor, Eric Roberts.

Eliza was born on January 23, 1953, in the United States. Her birth name is Eliza Rayfiel. Likely, her mother’s name is Lila Garrett and her father’s name is David Rayfiel. Her grandparent’s name is Leo F. Rayfiel.

She holds American and is of English ethnicity.

Other information regarding her family, siblings, and education are unknown.

Eliza Roberts worked as a casting director for Midnight Caller from 1990 to 1991. Her appearance receives much love from the audience. A few years later, she got different projects to work on. In the year 1993, she was seen playing in Lois & Clark: The New Adventures of Superman.

Moreover, Eliza started her acting career by debuting as Mindy Binerman in Schlock in 1973. It was a horror comedy movie directed by John Landis.

In 1978, she works as a casting director and actress, known for National Lampoon’s Animal House. Furthermore, she acted alongside American actor Stephen Furst in Animal House.

Then she appeared as Miranda in Doctor Who. In the movie, Miranda is the character wife of Bruce. Bruce’s character was played by her real-life husband Eric Roberts.

She also came in the limelight with her relationship with Eric Roberts. Eric is an American actor popular for playing in movies for decades. The couple is together since 1992. They attend different events together and are a part of the limelight. He also says that he appeared on Celebrity Rehab from the support and encouragement from Eliza.

This actress’s net worth is around $1 million. Her income source of her earning is from her movies and theatres works.

Her husband has an estimated net worth of $8 million.

Eliza Roberts stands with a height of 5 feet 6 inches. She weighs 62kg. Likely, she has blonde colored hair and blue eyes.

Also, get to know about other popular personalities like Josh Pieters, Rick Kirkham, Emily Dobson, and Carole Baskin.