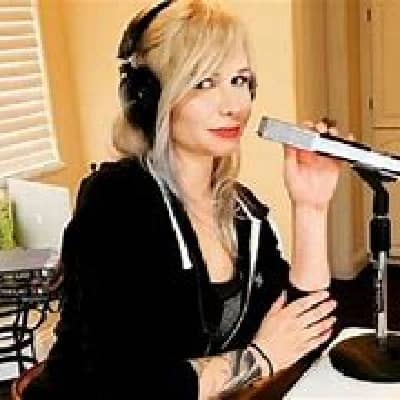 Elizabeth is married to Will in October 2014.

Her father Vince Neil uploaded a cute photo from her wedding. At her wedding ceremony in Santa Barbara, her father’s girlfriend, Rain Hannah, also joined them on the wedding day.

Who is Elizabeth Ashley Wharton?

Elizabeth Ashley Wharton is an American Vocalist and Bassist.

Further, she is more famous as the celebrity daughter of singer Vince Neil and his first wife, Beth Lynn.

She was born on 1983, October 29 in the United States. Her birth sign is Scorpio.

She inherits American nationality and belongs to the Caucasian ethnicity.

Her father’s name is Vince Neil, who is a prominent singer in the USA. Then, her mother’s name is Beth Lynn. Beth Lynn is the first mother. Likewise, her father was married four times, but all of them were failed.

This gorgeous singer has two half-siblings born from her father’s past affairs. Her half-sister named Skylar Wharton died at the age of four on August 15, 1995.

Talking about education, she hasn’t revealed anything related to her education.

Primarily, she is a guitarist, singer, and bassist.

Furthermore, she is famous for being the daughter of Vince Neil. Her father is popular as the lead vocalist of the heavy metal band “Motley Crue”. He is a solo and a businessman. He opened his tattoo parlor in the year of 2006.

Besides that, he also founded Vince Vineyards which is a winemaking venture. In the year of 2007, Vince Neil launched his own brand of tequila called “Tres Rios’.

She has not revealed her net worth yet. Whilst her father’s net worth is $50 Million.

She has not been involved in rumors and controversy.

She is a charming lady who has blue eyes and has blonde hair color. Other body measurements details are not available at the moment.