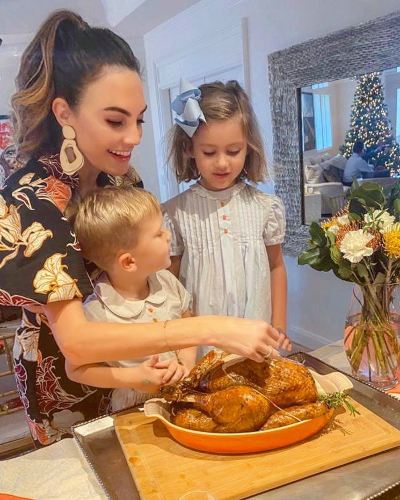 Elizabeth Chambers has moved on from husband Armie Hammer after over a year of split! She filed for divorce from Hammer in July 2020 and the reason for the divorce was cited as irreconcilable differences. She is already dating after split from Armie. The TV personality/bakery owner is ready to meet someone.

Elizabeth does not even come up in conversation with her circle of friends. After her divorce from Armie, he has landed in trouble after his violent sexual fantasies were leaked online. Also, he was accused of rape by a woman with whom he had been in a relationship. After the rape allegation, she moved on from him and has nothing to do with him.

In May she revealed that she was focusing on healing, her babies, and work. She even claimed that she wanted to share a lot but it did not feel right. At present, Elizabeth is living her life happily with her children and has started dating again. Even though she has kept her new relationship a secret she seems to be having fun in her life.

Also read Yet another accusation on ‘Call Me By Your Name’ actor Armie Hammer? Was he cheating on wife Elizabeth Chambers?

Elizabeth Chambers is an actress, known for her different acting roles. Similarly, she is popular worldwide by movies Criminal Minds (2005), The Game Plan (2007), and Rolling Kansas (2003).

She previously dabbled in acting and has worked as a TV host for the E-News Bureau and Access Hollywood, an anchor for Current TV, and the chief correspondent for the Human Rights Foundation, among other networks. Read more bio…