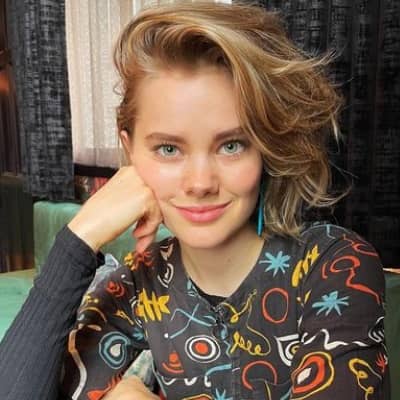 In terms of marital status, Elizabeth Clare Cullen is currently single. However, when it comes to her personal dating life, she has remained extremely private. Furthermore, there is no mention of her dating or having a boyfriend on her social media. Regardless, she could date privately in order to avoid unwanted public attention.

Who is Elizabeth Clare Cullen?

Elizabeth Clare Cullen is a well-known Australian actress as well as a social media personality with thousands of followers on social media. She is also a multitalented director and writer. Lizzie is another nickname for her.

Elizabeth Clare Cullen is best known for her one and only appearance as Imogen Blackwell in The Bureau of Magical Things. She received a full scholarship to study film after winning the BUFTA Best Overall Filmmaker award in 2015. Clare is currently starring Nicole McLean in the miniseries Bali 2022. She is also well-known for her roles in Elvis, Darby and Joan, and All My Friends Are Racist.

Elizabeth Clare Cullen, 25, was born on August 31, 1997, in Cairns, Queensland, Australia. She is of Australian nationality and white ethnicity. In general, she is known by her nickname Lizzie, and she has disclosed her religion that she follows Christianity.

This actress, on the other hand, has not revealed much about her parents but has frequently featured them on social media. Her mother, Virginia Birt, is a freelance writer and editor, while her father’s information is still being researched.

She also has two brothers, Julian Cullen and Tom Cullen. Julian is a member of the cast of The Bureau of Magical Things. She spent her childhood in Australia with her siblings. Aside from this information, little is known about her childhood.

In terms of education, Elizabeth Clare Cullen attended Cairns State High School. She also received a scholarship to study film and television at Bond University on Australia’s Gold Coast, where she graduated with honors in 2019. She received this scholarship after winning the BUFTA Award for Best Overall Filmmaker in 2015.

Elizabeth Clare Cullen is an Australian actress, writer, and director who made her film debut in 2018. In 2015, she received the BUFTA Award for Best Overall Filmmaker. Furthermore, in 2018, she rose to prominence as Imogen on Jonathan M. Shiff Productions’ Nickelodeon series, The Bureau of Magical Things. She was, however, cast alongside Cleo Massey in The Bureau of Magical Things.

In addition, she appeared in 40 episodes of this show over the course of three years. She later appeared in the television mini-series All My Friends Are Racist in 2021. She also returned as Imogen in season 2 of The Bureau of Magical Things. Along with her work as an actress, she has earned credits as a director, writer, and contributor to a TV series soundtrack.

She had previously appeared in Eye for an Eye in 2020. She also played Natalie in Elvis, Darby, and Joan as Cassidy and Nicole McLean in Bali 2022 in 2022.

There is no evidence that Elizabeth endorses any particular brand’s products. As a result, this actress has not publicly stated that she endorses any brands, nor has she mentioned any of them on her social media accounts.

Elizabeth Clare Cullen is a well-known actress who has millions of followers and fans as a result of her work. She has previously worked in the entertainment industry. Despite appearing in a number of television series in a short period of time, she has never mentioned any awards or nominations. She won the BUFTA Award for Best Overall Filmmaker in 2015.

Elizabeth Clare Cullen is not a frequent user of social media. She is not present on other platforms such as Facebook, Twitter, YouTube, and Tiktok. Despite her absence from these sites, her fans have created fan pages for her on these platforms.

Despite her absence from these social networking sites, she is a frequent user of Instagram, where she only has an account under the name @elizabethccullen. Cullen has 24.2k followers and 290 posts on Instagram. She has shared photos of herself traveling to various locations on her Instagram. Cullen has also uploaded photos of her work and projects. She has also uploaded a photo of herself with her friends and pets.

Elizabeth Clare Cullen has a captivating and commanding personality. She has fair skin, blonde hair, and attractive hazel eyes. Cullen has also kept her boy in such good shape that she has a slim figure. Cullen has a height of 5 feet 7 inches and a body weight of 55kg. She revealed her body measurements, which are 32-24-33 inches. Despite sharing her measurements, she has not disclosed her shoe and dress sizes on the internet.

Elizabeth Clare Cullen has not been implicated in any rumors or scandals. Elizabeth also stays away from the media and situations that could hamper her professional career. Despite being popular on the internet, she has been able to successfully balance her professional and personal lives.

Elizabeth Clare Cullen: Net Worth, An income of 2022

Elizabeth Clare Cullen is an actress best known for her television series. Her net worth is expected to be around $500 thousand in 2022.  Although her net worth is unknown, the majority of the source comes from her acting career. However, she has not revealed the asset she possesses.