Best known for her role as Jordan Baker in the 2013 film The Great Gatsby, for which she won the AACTA Award for Best Actress in a Supporting Role.

Previously she was in a relationship and she had an affair with Tom Hiddleston. He is an English actor, producer, and musical performer. They came together in an award show together and their chemistry was so adorable which caught the headlines. However, later there was nothing much between the couple. 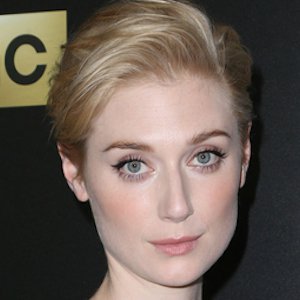 A good night in is a series of documentaries.

I think I've developed a sort of ADD for geography now. When I've been in a country for too long, I'm like, 'I think it's time to leave.' I don't know what that's going to do to me in later life.

People ask me what it's like to be tall, and I don't know what to say because I don't know any different. I grew up in a very tall house, so I wasn't an anomaly there.

Who is Elizabeth Debicki?

Elizabeth Debicki is an Australian actress and model. She is best known for her role as Jordan Baker in the 2013 film The Great Gatsby, for which she won the AACTA Award for Best Actress in a Supporting Role. She is also known for starring in the Sydney Theatre Company production of The Maids (2014), for which she received a nomination for the 14th Helpmann Awards.

Elizabeth was born on 24 August 1990, in Paris, France. She was born to a Polish father and an Australian mother of Irish descent. Her parents were both ballet dancers. When she was five, the family moved to Melbourne, Australia.  She is the eldest of three children and has a younger sister and a brother.

Her nationality is Australian and she is of Polish and Irish ethnicity. Debicki became interested in ballet at an early age and trained as a dancer until deciding to switch to the theatre. She studied at Huntingtower School in eastern Melbourne and graduated in 2007.

In 2010, she completed a degree in drama at the University of Melbourne’s Victorian College of the Arts. In August 2009, she was the recipient of a Richard Pratt Bursary for outstanding acting students in their second year of training.

Elizabeth made her film debut with a brief appearance in the 2011 film A Few Best Men. In December 2012, she did a photo shoot for Vogue Australia. In 2013, she played Madame in the Sydney Theatre Company’s production of Jean Genet’s play, The Maids. For her role in the play, she won the best newcomer award at the Sydney Theatre Awards and was nominated for the 14th Helpmann Awards.

After that, she played the role as Jordan Baker in the 2013 film The Great Gatsby. For her role in the film, she won the “Australian Academy of Cinema and Television Arts for Best Actress in a Supporting Role”. She currently plays the lead in an eight-hour television series, The Kettering Incident. She is currently filming for Peter Rabbit and Widows. Elizabeth has a net worth of 2 million dollars as of 2022.