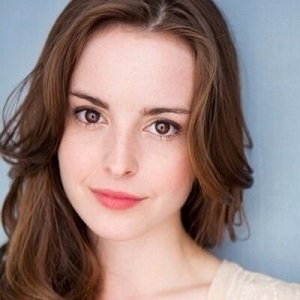 What is the relationship of Elizabeth Rice?

Elizabeth Rice is currently single. She has not been linked to any person either. The beautiful actress might be busy in her career and might not have got enough time to be in a relationship.

Or else even if she is dating someone or having an affair, there is no information about it.

Who is Elizabeth Rice?

She was born on November 5, 1985, in Pine Bluff, Arkansas, USA. Her birth name is Elizabeth Ellen Rice and she is currently 36 years old. She has not disclosed information regarding her parents and siblings.

She loves Thai Food and her hobbies include shopping and traveling.

She debuted her television career with the role of Sarah Browning in the episode ‘Sight Unseen’ in ‘Crossing Jordan’ in 2001. After a year, she made her appearance as Sara Pasbalas in the series ‘ER’.

Her other notable television roles include Natalie Wood in ‘The Mystery of Natalie Wood’ in 2004, Tracy Fields in ‘Close to Home’ in 2005, Margaret Sterling Hargrove in ‘Mad Men’ from 2007 to 2014, and many more.

She was awarded Grand Jury Award in the category Best Actress for ‘From Within’ in 2008.

She has an estimated net worth of around $600,000 as of 2022, and her main source of income is her professional career. However, her salary and income are under review.

Talking about rumors and scandals, she has not been involved in any of those as she likes to keep her profile low.