Elizabeth Shatner is a horse trainer and photographer by profession and came to the limelight after her affair with William Shatner. 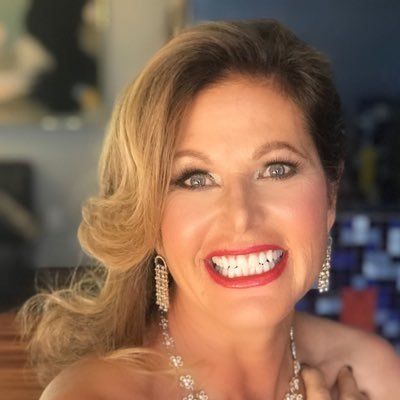 Elizabeth Shatner is a divorced woman.

Previously she was married to Michael Glenn Martin on 19 November 1983. But he passed away on 3 August 1997.

Then, Elizabeth met William Shatner. Besides their age gap, this couple walked the aisle on February 13, 2001, at a wedding held in Lebanon. However, they don’t have any children together. But from the former marriage of William, he has four children.

In December 2019, media reports suggested that William Shatner has filed for divorce with Elizabeth Shatner, after nearly 18 years of marriage.

Who is Elizabeth Shatner?

Elizabeth Shatner is an American former horse rider and trainer. Elizabeth won the Whinny award for her contribution to the horse industry.

She is best known as the wife of a Canadian actor William Shatner.

Elizabeth Shatner was born as Elizabeth Joyce Anderson on Dec 30, 1958, in the United States. Her ancestry is from England.

As per education, she gained a degree in equine and Animal Science from Purdue University, West Lafayette, Indiana, USA.

Elizabeth Shatner has started to ride a horse at the age of 5 years. Then when she was 8 years, she got the horse. She started horse training at the age of 14 years.

She has collaborated with her husband by writing the song ‘Together’ in Shatner’s album ‘Has Been’. They also ran a charity called Hollywood Charity Horse Show.
She appeared as herself in the documentary ‘E! True Hollywood Story’ in 2002. She later appeared in the Splat Attack documentary in the same year.
Her other appearances as herself are Life Beyond Trek: William Shatner (2004), Gonzo Ballet (2009), American Pickers’(2011), and The Captains (2012). She had regular appearances in the TV series ‘The Shatner Project’ (2014).

For her dedication towards the horse industry, Elizabeth Shatner has been rewarded with a WHINNY award. She is also active in the judging panel and holds seven judges’ cards.

In the 2011 World Championship Horse Show, she came up as the top three participants.

This former horse rider has an estimated net worth of $1 million US. The average horse trainer salary falls between $31,970 and $41,243 US.

Her ex-husband Wiliam Shatner has a whooping net worth of $100 million US.

Elizabeth has light grey eyes and brown hair. Her height is 5 ft 7 inches.

Elizabeth is active on social media. She has around 14 followers on Twitter and around 6 followers on Instagram.