I love acting so much more than singing, and hopefully I'd be able to venture into that properly.; The 'where' doesn't really matter for me. It's whenever I get time to spend with the people that I treasure the most in my life, that's when I am at my happiest. I don't get to see them as much anymore, so the times that we actually get to meet up and just hang out together mean a lot to me.

As Elizabeth Tan has not shared any details about her boyfriend, she is possibly single. Her current and past affairs are also unknown. 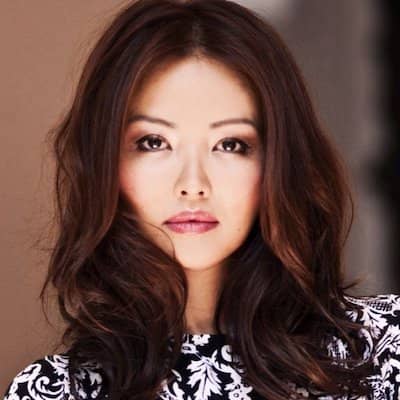 Who is Elizabeth Tan?

Elizabeth Tan is a British actress. Her appearances in Emily in Paris and Top Boy increased her popularity among the public.

In 2020, she was seen as June in Agatha and the Midnight Murders.

She was born on 06 Jan 1990 in London, United Kingdom. The name of her father and her mother’s name is not yet disclosed.

Elizabeth’s ancestry is English and talking about her academics, the details are behind the curtain.

Elizabeth Tan is mainly popular for TV roles. She started her career as a Chinese tourist in Hallo Panda. Then she was seen in projects like Lai see (2007), Hotel Babylon (2007), Love Aaj Kal (2009), etc.

But her fame is associated with a 2011’s TV show, Coronation Street. In this, she portrayed Princess Windsor for 46 episodes. She also appeared for six episodes in The Singapore Grip and for four episodes in Waterloo Road.

In a comedy-drama series, Emily in Paris, she played the role of Li. The other cast members are Lily Collins, Philippine Leroy-Beaulieu, Ashley Park, and more.

Her upcoming short video Green Lanes is under post-production.

At present, her net worth is around a million dollars, predicated. However, her salary and other earnings are unknown.

This star actress is keeping herself away from rumors. She is also not surrounded by any desperate scandals.

Regarding Elizabeth Tan’s body features, her height is 5 ft 6 inches and her body weight is 55 kg. Moreover, her eyes are dark brown and she has black hair.

Elizabeth is available on social sites. Her Instagram and Twitter accounts have more than 30k and 20k followers respectively.