Who is Elizabeth Tulloch married to?

Elizabeth Tulloch is in a happily married relationship with her husband, David Giuntoli. They announced their engagement in April 2016 and later officially got married in June 2017. Together, they are parents to a daughter,  Vivian Giuntoli who was born in February 2019.

David Giuntoli is a famous American actor. Their relationship started after they got to know each other for the first time on the set of the 2013 arthouse movie, ‘Caroline and Jackie.’ They officially started dating each other after working together for ‘Grimm.’

No other info about her past relationships is available yet. 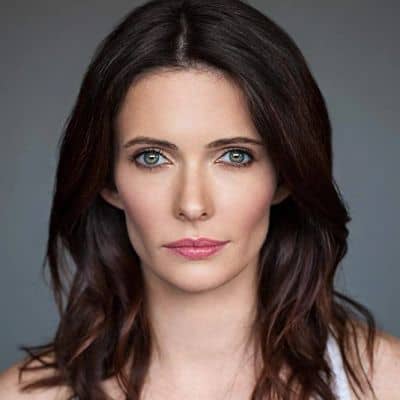 Who is Elizabeth Tulloch?

Elizabeth Tulloch is a well-known American actress. She is best known for her roles in the NBC tv drama, ‘Grimm’ as Juliette Silverton/Eve, the show ‘Arrrowverse’ as Lois Lane, ‘Superman and Lois’.

Elizabeth Tulloch was born in San Diego, California, the U.S. on January 19, 1981. Tulloch is 41 years old as of 2022 and holds an American nationality. She maintains a mixed(Scottish and Spanish) ethnicity.

Andrew Tulloch is her father while Wilhelmina Andrea is her mother. Elizabeth Andrea “Bitsie” Tulloch is her full name as she kept Bitsie by herself as a homage to her oddly-nick-named grandfather, who was a bomber pilot in World War II.

Elizabeth Tulloch debuted her acting career by appearing in George Lucas’s mockumentary, ‘R2:D2: Beneath the Dome’ as R2-D2’s girlfriend. Then, she appeared in a handful of movies as a voice actor, guest star, and as lead cast.

She starred in short movies like, Life Is Short, Ringtone, Sent, and so on. In 2008. she starred opposite Samuel L. Jackson, Patrick Wilson, and Kerry Washington in Neil LaBute’s ‘Lakeview Terrace’ which gained critical acclamation. Followingly, she voiced one of the characters in ‘Alpha and Omega’ a 3-D computer-animated movie that premiered in September 2010.

In November released comedy-drama movie, ‘The Artist’, she appeared in a minor role starring alongside, Jean Dujardin, John Goodman, and James Cromwell. The movie received the 2012 Academy Award for Best picture while the star of the movie got in a nomination for a Critics’ Choice Award.

She continued to work on several movies including, ‘Caroline and Jackie, ‘Losing Control’, and ‘Riding the Pine’ all of which premiered in April 2012 at the Tribeca Film Festival and were theatrically released in May 2013.

Moreover, she has worked on small screens too including tv shows, ‘The West Wing’, ‘Moonlight’, ‘Outlaw’, ‘Cold Case’, and ‘House.’ She was cast in Ed Zwick and Marshall Herskovitz’s drama series, ‘quarterlife’ in 2008.

Her appearance in this series gained her praise as well as recognition. As a regular cast, she appeared in the series ‘Grimm’ which aired on NBC from 2011 to 2017. She portrayed the role of Juliette Silverton/Eve in the drama where Grimm’s Fairy Tales-inspired characters were taken.

She portrayed Lois Lane in The CW’s events, ‘Elseworlds’ in 2018 and ‘Crisis on Infinite Earths’ in 2019. Along with Tyler Hoechlin, she repeated their roles as Lois and Superman in the sequel of the superhero drama series,’ Superman & Lois.’

The net worth of Elizabeth Tulloch is estimated to be around 2 million USD. But, there is no info regarding her salary and income.

Elizabeth Tulloch stays miles away from the rumors and controversies. She seems to be of secretive nature as she doesn’t want to stay in the limelight.

Talking about her physical appearance, she has a couple of Hazel eyes and brown colored hair.

There is an official Facebook page under her name, which has garnered about 154 K followers.