Elizabeth Turner is a model, social media sensation with millions of followers. She has modeled for the international brands including Guess, Maxim, Teen Vogue.

Elizabeth Turner is very secretive about her personal relationship. There are no verified accounts of her affairs or relationships. As a result, she is not linked to anyone. 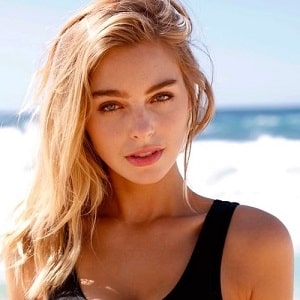 Who is Elizabeth Turner?

Turner is an American national born in Griffin, Georgia on July 30, 1992. She is 26 years old. Currently, there are not many details public about her family. However, it is revealed by her social media post that she has a sister named Sarah. Furthermore, there is no information about her ethnic background.

Talking about her education, Turner graduated high school from her home state of Georgia. After that, she went on to graduate from Duke University in North Carolina in 2014.

Turner only came to the limelight after she became a GUESS GIRL, which essentially means to be the face of the marketing campaign for multi-million dollar brand GUESS.

Before she became a model, she initially decided to pursue a career in Psychiatry and obtain a Ph.D. However, after finishing college, she changed her career path to becoming a model.

Her beautiful face and charismatic personality have earned her a place in major magazines such as ‘Maxim’, ‘Teen Vogue’ and have top modeling agencies like ‘LA Model’ represent her. To this day, she continues to do shows and events for GUESS.

Additionally, she is very much vested in animal rights and has a series of videos published on animal welfare site PETA where Turner can be seen urging people to go vegan.

Turner has not been linked with any award nominations in her career.

Turner has not revealed her current salary. Her estimated net worth is estimated to be $450 thousand as of 2022.

Turner has kept herself away from the controversies. There are rarely any news about her personal life. Additionally, she has not been topic of any rumors presently.

Talking about her body measurement, Turner stands at 5 ft 10 in or 178 cm, with a body measurement of 32-24-35 inches. Furthermore, she weighs 62 kg or 137 lbs. She has dark brown hair color but she often dyes it blonde. She has green eyes with a hint of blue.

Turner is famous on Instagram. She has got 918k followers. She is not very active on other media platforms.