Ella Balinska is a British actress who is best recognized for her leading roles in ‘Charlie’s Angels’ and ‘Run Sweetheart Run’. She is currently single.

Ella Balinska is currently single. Also, she has not been linked with any other celebrity neither in the past nor in the present. She is currently focusing on her career and hope, she will find the perfect one in the future. 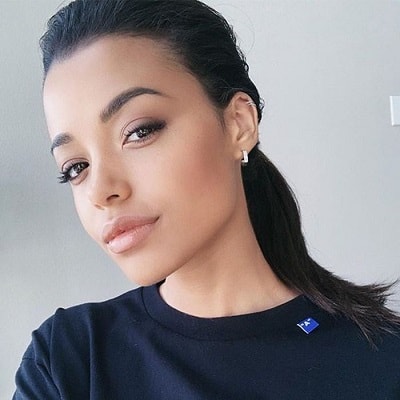 Who is Ella Balinska?

Ella Balinska is a British actress who is best recognized for her leading roles in ‘Charlie’s Angels’ and ‘Run Sweetheart Run’.

She was born on October 4, 1996, in London, England. Ella is currently 25 years old and her birth sign is Libra. She was born to English chef Lorraine Pascale and Polish entrepreneur Kazimierz Balinski-Jundzill. She has no siblings.

Ella holds British citizenship and her ethnicity is a mix of African, English, and Polish.

She joined the Arts Educational Schools in London. Then, she took training at the Guildford School of Acting and achieved her combat skills with the Academy of Performance Combat. Also, she is an athlete and competed in track and filed at a national level.

She began her career as a model and transitioned to acting in 2014. She depicted minor roles in the films such as ‘Thanatos’, ‘Tiers of the Tropics’, ‘Room’, ‘A Modern Tale’, etc.

In addition, Ella Balinska made her appearances in TV series ‘Casualty’ in 2018, ‘Midsomer Murders’ in 2018, and in ‘Nyela’s Dream’.

She came into limelight after she was cast in the remake of 2019 film ‘Charlie’s Angels’ as Jane Kano. Furthermore, she will appear in ‘Run Sweetheart Run’ in 2020.

It seems Ella has not been awarded and nominated for her work till date. Hope, she will win in the future.

She has an estimated net worth of around $1.9 million and she has earned that sum of money from her professional career.

Ella does not like to harm other persons and does not want to be involved in any rumors and controversies in her personal and professional life.