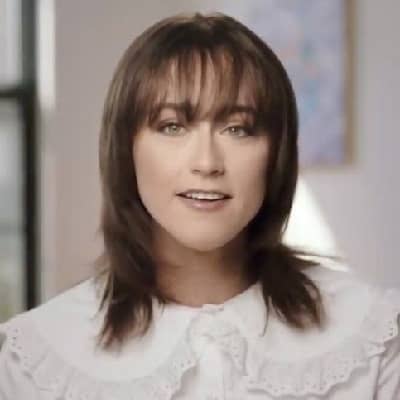 Ella Emhoff’s relationship status is single as of now.

She hasn’t been seen dating nay one in the past also. The artist may be more focused on building her career now.

Who is Ella Emhoff?

Ella Emhoff is an artist, designer, and aspiring model. She is signed by the IMG agency after her popularity.

She gained the limelight after her appearance in the Inauguration on Jan 20, 2021. She went viral after her outfit and playful performance.

Ella was born on May 29, 1999, in the United States of America. She got her name after the jazz singer Ella Fitzgerald. Ella is of American-White ethnic group.

Her mother’s name is Kerstin Emhoff. She is an American film producer and CEO of the production company Prettybird. Likely, her father is Douglas Craig Emhoff, an American lawyer who is the current second gentleman of the United States.

Ella’s parents get divorced in 2009 and then Douglas married Kamala Harris. Kamala Haris is the Vice president of The United States and also Ella is well-known as the stepdaughter of her. Ella calls Kamal as ‘momala’.

Ella has a brother named Cole Emhoff. He just graduated from Colorado College in May 2017.

Emhoff graduated from Wildwood School, Los Angeles in the year 2018. And now Ella is studying fine arts at Parsons School Design in New York, specializing in apparel and textiles.

Ella Emhoff: Limelight and Her Popularity

Ella came into the limelight after her appearances on Inauguration day on Jan20, 2021. She wore a jewel-encrusted Miu Miu coat which caught everyone’s eyes. She has designed that dress with designer Batsheva Hay. As well she was caught on camera waggling her eyebrows when as she sat behind former Vice-President Mike Pence.

And it was the moment that hit with viewers. Her mother also later tweeted about it and explain that Ella was in fact directing the look at her.

Ella’s popularity provided the modeling contract with IMG models. She is signed by IMG Model and IMG officially announced it on Thursday. After she was signed to IMG, her mother Kerstin Mackin also tweeted about it and shared that she was very round of her.

In the year 2014, Ella made a cameo in the music video for Bo Burnham’s song “Repeat Stuff”. Likely Ella designs various jackets, hats, coats, and knitted shorts and also sells them from her Instagram account and her website.

Ella loves fashion and is now building her career in modeling. She mentioned in an interview that she loves New York for its fashion community and especially those created through Instagram. Ella is also seen exhibiting her self-made crochet designs, knitwear, and neon accessories in her Instagram posts.

Before signing with IMG Models, Ella was represented by Joseph Charles Viola for the independent fashion magazine Buffalo Zine. Furthermore, Ella is a member of The 3% Movement.

Ella must have some earnings for her designs but its information is unknown. However, being from a well-known family, she is having a lavish lifestyle without her earnings too

Her father Douglas Craig Emhoff has a net worth of around $5.8 million. And likely, Douglas and  Kamala combined have the total earnings of $11.5 million at the time of their marriage. Additionally, they’ve earned $7.7 million since Kamala became a senator.

Ella has an average height of 5 feet and 8 inches and weighs around 50 kg. Similarly, she has brown colored curly hair with hazel colored eyes.

She has almost 18 tattoos on her body and she describes it as “weird”. In addition, she admitted in an interview that they were done during the lockdown by herself.

Also, get to know about Bruno Schiavi, Method Man, and Alex Donnelley.