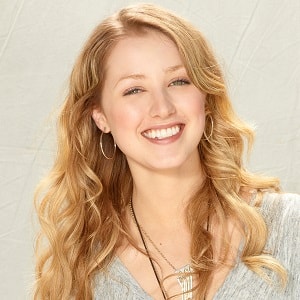 What is the relationship of Ella Rae Peck?

Ella Rae Peck is still unmarried. She might be searching for her perfect partner. She is also focusing on her career.

Who is Ella Rae Peck?

Ella Rae Peck is an American actress. She is popular for her roles of Charlotte ‘Lola’ Rhodes in The CW series ‘Gossip Girl and Mia Bowers in the NBC series ‘Deception’.

She was born on September 8, 1990, in Minneapolis, Minnesota, USA. She is currently 31 years old. There is no information available about Ella’s family and childhood. Ella holds American citizenship but her ethnicity is unknown.

She went to school in New York City. Additional information regarding her education is not available.

She made her appearance in a short film titled ‘Lilly in the Woods’ in 2006 and appeared in the film Freezer Burn’ in 2007. She portrayed the role of Honor Caldwell in the pilot ‘Dear Harvard’ in the same year. Then, she played the guest role in several TV series such as  ‘Without a Trace’, ‘Law & Order’, ‘The Good Wife’ and ‘Blue Bloods’ between 2008 and 2010. She played in the films ‘God Don’t make the Laws’ and ‘Young Adult’ in 2011.

She appeared in the recurring role of Lola Rhodes in ‘Gossip Girl’ in January 2012, and in March she landed the role of Mia Bowers in the 2013 NBC series ‘Deception’. she joined the cast of the NBC comedy pilot ‘Welcome to the Family’  in early March 2013.

She was awarded the Best Actress Award at the New York Television Festival for her work in ‘Dear Harvard’.

She has collected a net worth of around $1 million from her professional career. Her salary and net worth are under review.

She likes to keep away from social media. She has not been involved in any rumors or controversies in her life.