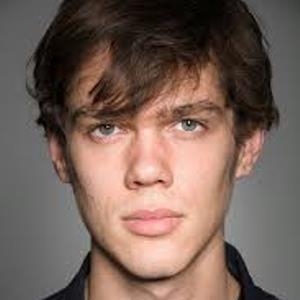 "I didn't have my parents to rebel against, but I had a society, and that definitely is what they taught me. Just: Trust nothing"

"I feel like that's so ingrained in so many children that you are so confined and repressed growing up that, anything you do, you have to rebel against it at some point"

Ellar Coltrane is known to be a hardworking actor. He focuses on his work than being involved in a relationship.

Prior, when he was 17, he was in a relationship with one girl but they broke up for some reason. He did not reveal her name. He is known to be single. No further information about his relationship is known.

Who is Ellar Coltrane?

Ellar Coltrane is a well-known American actor who started acting from the age of 6. He is most popular for the film like Boyhood(2014), The Circle(2017), The man who killed Hitler, and The Bigfoot.

He was born on Agust 27, 1994 in Austin, Texas to his father Bruce Salmon who was known as musician and mother Genevieve Kinney who was EAT(Equine Assisted Therapist).

When Coltrane was nine his parents divorced. He has halfsister when his mother remarried after divorce. He belongs to an unknown ethnicity. His birth sign is Virgo.

Going with his childhood, he started acting at the age of 6. Richard Linklater cast him in the film Boyhood. He got home education and obtained GED (General Education Development) with the exception of three years of high school.

Currently, he is involved in the actor profession and working with Jameson in upcoming romantic comedy films.

He is a young star actor. He had achieved various awards with his hard work, through which he won the award of Boston Society of Film Critics of best cast in 2014. Again, Capri Film Festival awarded as the Rising Star in the same year.

He also won the Critic Choice Movie award as the best young performer in 2015 which also inspired him. Again in 2015, he was nominated as the Best on Screen Transformation by MTV Movie Award and many more.

There is no information about his salary. His net worth is around $1 million.

Currently, there are no rumors and controversies regarding his personal life and relationship.

On talking about his body measurements, Ellar Coltrane has a height of 5 feet 9 inches and weighs 71kg. He has dark brown hair color and his color of the eye is blue.