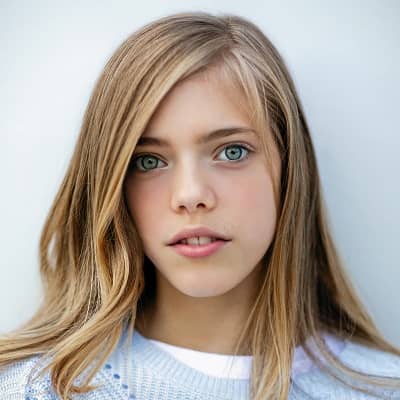 Elle is still at her young age to be in any relationship in a romantic way.

The actress is focused on building her career right now. Despite it, she has a huge fan following and people love her.

Who is Elle McKinnon?

Elle McKinnon is an American child actress. She is popular for portraying the character Charlotte Cody in the film Wonder.

Elle was born on August 5, 2006, in Vancouver, British Columbia, Canada. She holds Canadian nationality and has Scottish and English descent.

Elle hasn’t disclosed any information regarding her parents and childhood. She has a younger sister Alexa McKinnon and an elder sister Ava McKinnon.

The actress must be studying in her high school as per her age. Yet its details are not available.

Elle used to sing songs with a talent agency. And after two weeks working there, she received her first acting audition. She began her career in performing arts. She is also a competitive dancer and performs various forms of dances including ballet, jazz, hip-hop, tap, contemporary, and musical theatre.

Elle has starred with an Oscar-winning actress, Mira Sorvino in a Christmas film called A Christmas to Remember in 2016. Then she appeared a Mae Skelter in Hit The Road in 2017.

The actress played Charlotte Cody in the 2017 Lionsgate movie Wonder. It was her first big-screen performance. The movie was nominated for Oscar. After that, Elle managed to earn guest roles on shows like the Netflix Original Series, Travelers on the 11th December 2017.

Just in 2019, she starred as Sky on Gabby Duran & The Unsittables. The actress is now represented by Cue Agency.

The average salary for an actor or actress is around an hourly C$21.00. Being part of the popular movies, Elle also must have a good earning.

The star is more focused on building her career and doesn’t involve any controversial works. Similarly, she hasn’t faced any rumors yet.

Elle stands at an average height of 5 feet as of now. Likely her weight is 40 kg(88lbs). They will certainly change as per her age growth.

Similarly, she has blonde hair with beautiful blue eyes.

Also, get to know the biographies of other child actors like Sunnie Pelant, Millie Bobby Brown, Raegan Revord, and Taytum Fisher.