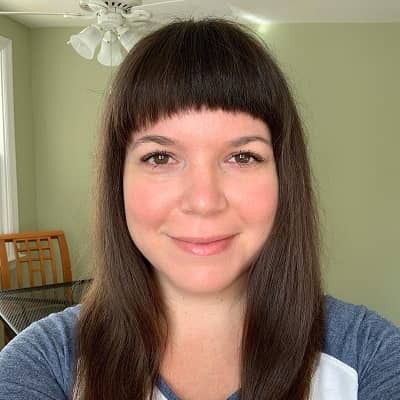 What is the relationship of Ellen Hamilton Latzen?

Ellen has also not shared any information regarding her previous boyfriends and relationships.

Who is Ellen Hamilton Latzen?

Ellen has not been active as an actress since her child actress days but is active as a podcaster.

Ellen Hamilton Latzen was born on the 26th of July, 1980 in New York, U.S.A. As of now, her age is 40. Her nationality is American and her ethnicity is Caucasian.

Ellen was born to her father Bob Latzen and mother Anne Hamilton. She has not revealed much regarding her father but she did share that her mother is a web designer. She started acting at the young age of six after her mother pushed her to try acting after seeing an article about an open casting call for a new movie.

Ellen was raised in New York alongside her sisters Elena and Amy Latzen. Her parents also got divorced when she was quite young and she lived with her father and stepmother Lorrie for most of her childhood.

Talking about her education, Ellen attended a boarding school in Vermont. And later, she went to the California College of Arts and Crafts in Oakland, California for further education.

Ellen started acting at the young age of six with her first role being in the popular 1987 movie, Fatal Attraction. She nailed her role in the movie as Michael Douglas and Anne Archer’s daughter and her career started to take off following the movie’s release. Ellen received a lot more offers and acted in several movies, TV shows, and also on Broadway. At this time, Ellen portrayed Rube Sue in the popular Christmas movie, National Lampoon’s Christmas Vacation. This role is also her most famous to date thanks to her iconic line “Shittin’ bricks” which has made its way into a lot of hilarious memes.

Ellen inadvertently ended her acting career after moving to Vermont for boarding school. She could have returned to the industry following her graduation but she didn’t. Instead, Ellen worked in various fields such as hospitality, travel, advertising, etc. Nowadays, Ellen lives in L.A. and is producing an entertaining podcast titled Watched, focused on the child acting industry and her experiences.

As of 2022, she has an estimated net worth of $4 million. She made a lot through her acting career and added even more through her work in other fields. She has not revealed her annual salary as of now.

There has been much speculation and talks about where Ellen went after finding a lot of success as a child actress. But as of now, there haven’t been any negative rumors or controversies surrounding her.

Ellen stands at a height of 5 feet 2 inches tall. She has not revealed her weight as of yet. Still, we can see from her photos that she has a thick figure. Her hair is dark brown and her eyes are brown in color.

Get to know more about Nicolette Scorsese and Michael Douglas as well.