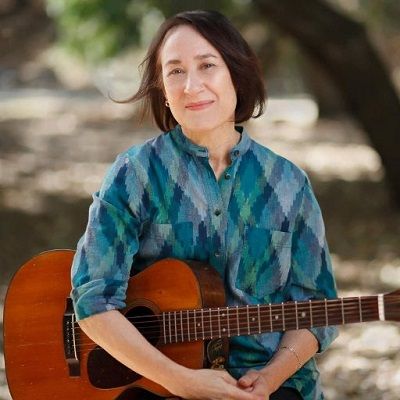 Previously, she was married to Leonard Harper. Together they had three children Ben, Joel and Peter Harper. Later, they divorced in 1974.

Three-time Grammy Award winner Ben Harper is an American singer-songwriter and instrumentalist. He was born in Pomona, California, U.S, on October 28, 1969.

Previously, he was married to Laura Dern, on December 23, 2005. Together they had two children son Ellery Walker and daughter Jaya.

His first wife’s name is Joanna. They married in 1996 and have two children  Charles and Harris.

Who is Ellen Harper?

American Ellen Harper is a Folk singer and songwriter.

Currently, Ellen is running The Folk Music Center and The Claremont Folk Festival.

Besides, she is a music teacher and teaches music classes.

Ellen Harper’s mother’s name is Dorothy chase. She taught her a banjo and guitar.

She performed and learned guitar including other folk instruments with the help of her mom.

Her father’s name is Charles Chase and he was the repairer of the musical instrument.

The Claremont Folk Festival is one of the goals of the Folk Music Center Museum.

It is an annual celebration of international folk music, art, education, and community.

Ellen Harper Album- Life Has A Light Of Its Own

Life Has A Light Of Its Own is a solo album of Ellen which includes some of her original songs.

The songs of this album reflect the unusual musical heritage and shaped several generations of Harpers.

The average Music Teacher’s Salary in the U.S. is approximately $57 k US.

According to the source, the mid-level musician earning is around $80 k US per year.

Her son Ben Harper’s net worth is approximately $10 million US.

Ellen is a black-eyed brunette she has her own website, www.ellenharper.net.