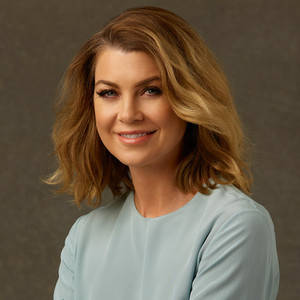 What is the relationship of Ellen Pompeo?

Ellen Pompeo met Chris Ivery in a Los Angeles grocery store in 2003 and began dating and then got married in 2007, with then Ney York City mayor Michael Bloomberg as the legal witness to the ceremony.

In 2009, Ellen gave birth to her first child, daughter Stella. And In 2014, she welcomed her daughter Sienna with the help of a surrogate mother.

On December 29, 2016, it was announced that they had welcomed their third child, a boy named Eli Christopher.

Ellen suffers from several allergies and asthma. So, She follows a healthy lifestyle, meditates twice a day for 20 minutes each, and does so inside her trailer in between takes as well.

Ellen is a Happily married woman with 3 children.

Who is Ellen Pompeo?

Ellen Pompeo is an American actress best known for her role as Dr. Meredith Grey on the television series “Grey’s Anatomy”.

Her role earned an Outstanding Performance by an Ensemble in a Drama Series in 2007.

Ellen Pompeo was born on 10 November 1969 in Everett, Massachusetts, USA. Her nationality is American and her ethnicity is Italian, Irish, and English.

She is the daughter of Kathleen B. (nee O’Keefe) and Joseph E. Pompeo. Her father was of Italian, English, and Irish descent, while her mother was of Irish ancestry. Ellen was raised Roman Catholic.

When Ellen was five her mother died of a painkiller overdose. Her father remarried soon after.  He died on 1 September 2012, in 2006.

In 2006, Ellen Pompeo told Allure “I think having my mother die at such a very young age –when she was 33-I appreciated life so much.

She has five siblings: three sisters and two brothers. She was nicknamed “the pencil”, and “stracciatella”(an ice-cream flavor).

She received outstanding reviews for her portrayal of an outspoken young woman carrying a silent burden that’s breaking her heart.

Ellen starred opposite Luke Wilson, Vince Vaughn, and Will Ferrell in the wildly successful Old School (2003) and, before that, in Steven Spielberg’s Catch me if You Can (2002), opposite “Leonardo DiCaprio”.

Ellen Pompeo has also starred in several independent features, including In The Weeds(2000) and Coming Soon (1999), and Life of the Party (2005).

She made an appearance as a guest judge on RuPaul’s Drag Race All-Star’s fourth season in 2019.

Ellen Pompeo: Salary and Net Worth

Pompeo was rumored of her Eating Disorder. Ellen Pompeo is setting the record straight once and for all regarding persistent rumors about her slim frame.

The 46-year-old Grey’s Anatomy star candidly talks about the eating disorder rumors that have played her throughout her career in a new intercies, as well as the difficulties of aging in Hollywood.

Ellen said: “I used to get a lot of criticism for how thin I was, and I didn’t have a lot of confidence because of it”.

Pompeo has a height of 5 feet 7 inches. Her body weighs 57kg. She has light brown hair and green eyes.

Also get to know more about the birth facts, education, career, net worth, rumors, height, and social media of different personalities like Ariel Mortman, Empress Schuck, and Shelley Hennig.