Ellen Rucker Sellers is a professional doctor of chiropractic medicine. 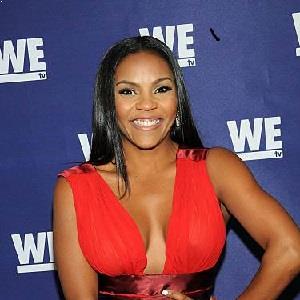 What is the relationship of Ellen Rucker Sellers?

Ellen Rucker was previously married to NBA player Vince Carter. The pair met while they both were attending the University of North Carolina. Soon after the graduation, the couple decided to get married.

They have a daughter, Kai from this marriage relationship. The marriage eventually came to an end in 2007.

At present, Rucker is married to Bakari Sellers. The pair first met during the 2000s and they married on August 29, 2015. Bakari is a former member and first vice-chairman of the South Carolina House of Representatives.

The marriage is going strong and there is no news regarding any extramarital affairs at present.

Who is Ellen Rucker Sellers?

Ellen Rucker Sellers is a professional doctor of chiropractic medicine. Additionally, she is the co-founder of the hair treatment product, Rucker Roots.

Ellen Rucker was born in the United States to parents Dr. Douglas, a dentist, and Ruby Rucker, a teacher.

Additionally, she has seven siblings and she is the youngest of them all.  She is of American nationality. Furthermore, she belongs to an African-American ethnic background.

Talking about her education, Rucker graduated from the University of North Carolina. Previously, she attended Lancaster High School.

Ellen Rucker Sellers was initially a cheerleader r at the University of North Carolina. She worked as a chiropractor for a brief amount of time. Eventually, she began working on Rucker Roots.

Furthermore, Rucker received widespread fame after her marriage to the NBA player, Vince Carter. Rucker also appeared in the television series ‘Love Thy Sister’ in 2015.

Rucker has not revealed her current salary. Additionally, there are no details available regarding her estimated net worth at present.

Rucker has successfully kept her life away from the mainstream media spotlight. To date, she has not been part of any notable controversies. Additionally, currently, there are no rumors concerning her life and career.

Talking about her body measurement, there are no details about Ellen Rucker Sellers’s height and weight. Her hair color and eye color is black.