Ellen Whitaker is an English show jumping rider. She is currently ranked 211 on the FEI riders Longines Ranking list in September 2019.

In the year 2011, she was dating Henry Cavill, a British actor. They met each other at the International Horse Show at Olympia in the year 2009.

Soon after the rumors of the two datings surfaced in the media, this couple accepted their relationship status. They eventually got engaged on 26 February 2011. After over a year, Ellen and Henry broke off their engagement on 18 August 2012 due to personal reasons.

Currently, she is engaged to Spanish showjumper Antonio Marinas Soto. They welcomed their first child, Harry Marinas Whitaker on 17 May 2014.

Likely, the couple also welcomed their second child, Frankie Thomas-Marinas Whitaker on 20 March 2016. Then she and her boyfriend got engaged on 5 August 2016. 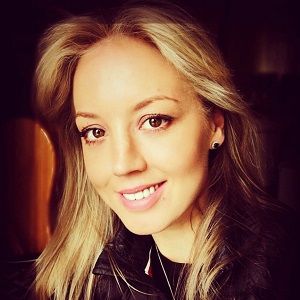 Who is Ellen Whitaker?

She represented Great Britain in the European Championships in 2007 and helped qualify Britain for the Olympics.

The actress holds British nationality. Ellen belongs to the family of showjumpers; her brother Thomas, Joe, and Donald, and her cousins William, Louise, George, and Robert are all show jumpers.

Her childhood passed out living near the family farm in Barnsley, South Yorkshire. Watching her father and uncle riding the horses, she eventually built an interest in horse riding and show jumping from an early age.

She finished her high school education at Penistone Grammar school.

Ellen started her career as an equestrian and showjumper at the early age of 5. She got qualified for the Horse of the Year Show when she was just 8.

In 2007, Whitaker represented Great Britain in the European Championships. And it also helped allow Britain to qualify for the Olympics after jumping triple clear. She couldn’t get to the 2008 Beijing Olympics due to lameness in her horse Locarno 62.

Her successful career has helped her garner a significant sum of net worth which is $14 million as of 2022. But her salary is not disclosed.

There were rumors that Ellen has abused her horses, but she has never been charged with anything like that.

Ellen Whitaker stands at a height of 5 feet 9 inches (1.75 meters). Her weight is unknown. She has light brown colored eyes and blonde colored hair.

Whitaker is active on social media. She has over 1K followers on Twitter and 13.3K followers on Instagram. Likely, her Facebook pages also hold more than 27K followers.

Also get to know about Rhashan Stone, Michael McIntyre, and Matt Lucas.

Superman, Henry Cavill still in search for the love of his life..!!

Gina Carano; after being Single for almost a year found the Love of her Life!! Along with her career, found the first love and now the second