Updated On November 30, 2022 | Published By: Claude Payton
Share this
Single 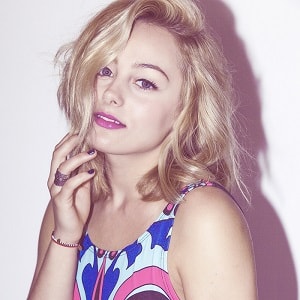 There is no rumor heard about her relationship and affair. She might be focusing on her career rather being in the relationship.

Who is Ellery Sprayberry?

Ellery Sprayberry is an American actress, aerialist, and voice-over artist.

She is best known for her performance in ‘Wakefield’, ‘Baskets’, ‘The Bronze’, and ‘The Young and the Restless.

She was raised with her brother Dylan Sprayberry, who is an American actor. Ellery, her brother, and her parents relocated to LA in order to pursue their careers in 2006. She has not mentioned her childhood. Ellery holds American citizenship but her ethnicity is mixed(English, German, Belgian).

There is no information available about her education to date. However, it is under review.

She started acting at the age of six and gave an audition with her brother for commercials and print modeling.

Ellery appeared as a guest on popular television shows. Ellery played the recurring role of Piper Welch on ‘The Young and The Restless’ in 2011.

She gave her voice in major studio films like Shrek Forever After, Ice Age: A Mammoth Christmas, and The Hunger Games: Catching Fire.

Ellery played the role of Teenage Hope in ‘The Bronze’ in 2014. She attended the film’s opening night premiere at the 2015 Sundance Film Festival.

On May 26, 2017, she co-starred in the film ‘Wakefield’ opposite Bryan Cranston and Jennifer Garner. She also made guest star role on the MTV series ‘Teen Wolf’ in August 2017 whereas her brother starred as Liam Dunbar.

Ellery also works as an aerialist. She frequently performs her own stunts in films and television shows.

She is very secretive in nature. She has not been engaged in any rumors or controversies in her professional and private life.

She has a height of 5 ft. 1 inch. She has got dark brown hair and dark brown eyes.

Other information regarding her weight, dress size, shoe size, etc. is under review.