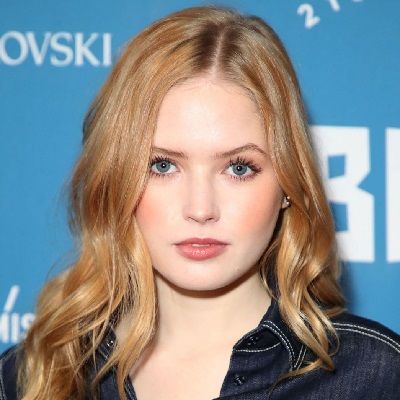 My favourite vintage shop in New York is called Screaming Mimi's, and whenever I go, I'll spend three hours in there just trawling

I think that's important. I also eat lots of fruit and vegetables.

Ellie Bamber is currently single. She had dated Richard Madden, a Scottish actor, and producer. Their affair was started in 2017 and they were separated in Jan 2019.

Who is Ellie Bamber?

Ellie Bamber is a famous English actress as well as a model who is known for her work in High Society. For her role, she was also able to win a nomination for Best Newcomer. In a young age of early 20s, she has been known as one of the leading actresses.

He was born under the birth sign Aquarius on February 2, 1997, in Surrey, England. She holds British nationality and her ethnicity is unknown. She has a younger sibling-brother named Lucas but hasn’t disclosed the name of her father and mother.

She then joined Wellington College in Berkshire. Again at Wellington, she was awarded drama scholarship.

Ellie Bamber started her career at a very early age of 12 and was known as the youngest member of the London Player’s Theater Company. She made her first appearance in Theater plays, Players Theater as Betty in 2009.

After receiving huge attention for her outstanding play, she appeared in the television series, A Mother’s Son. Her series appearance also includes The Musketeers, The Fashion Fund, A Mother’s Son, and many others.

In 2014, she made her big-screen debut with the movie, The Falling as a Dreamy Girl. Her career took a breakthrough after she appeared in Pride and Prejudice and Zombies. Some of her other notable works are Nocturnal Animals, Extracurricular Activities, The Nutcracker and the Four Realms, and Bring Back the Cat.

She has won Ian Charleson Awards in the year 2018 for her 2017 performance in The Lady Fron The Sea.

The young and talented actress, Ellie Bamber’s net worth is $1.5 million. All of her fortune in such a young age is possible through her hard work and dedication in her acting career. Her movies have earned a huge amount in the box office

Ellie was rumored to be going out with her Pride and Prejudice and Zombies co-star, Douglas Booth.

Ellie Bamber has a height of5 ft 6 in or 168 cm and weighs 53 kg.  Her natural hair color is ‘Blonde’ and she has dyed it inro red. She has blue colored eyes. Moreover, her body measurements are 33-25-34 inches.

Ellie Bamber is active on different social media networking sites. She is active on Instagram with more than 188K followers. Likewise, she has over 6K followers on her Twitter account. And she doesn’t seem to be active on Facebook.